How to Keep Your Relationships Solid in Isolation 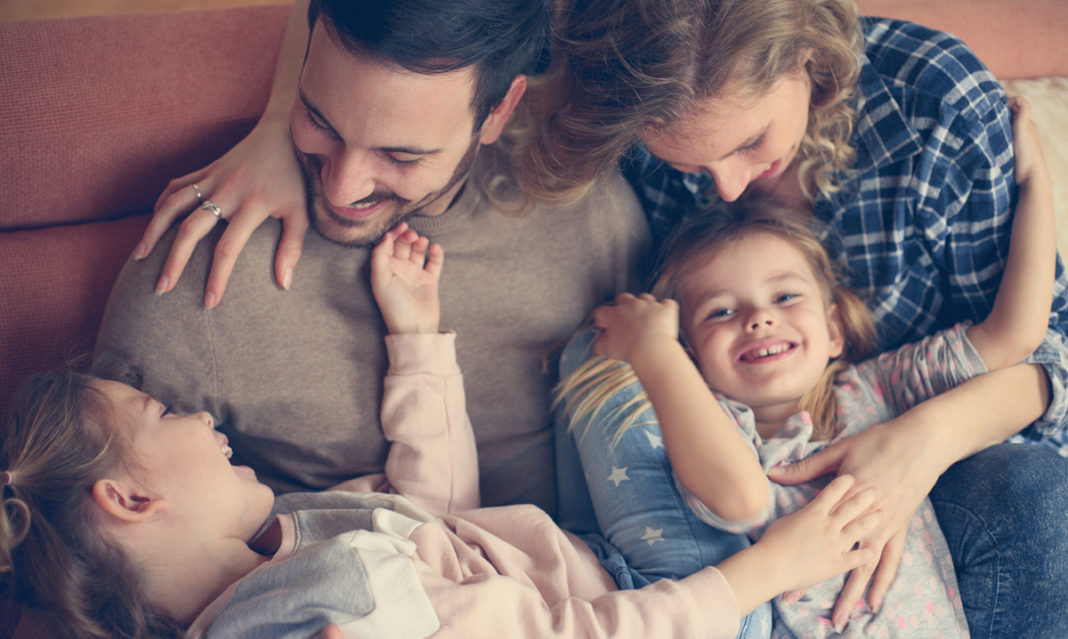 Remember back to those first two weeks of quarantine, right after the March 13, 2020, announcement by Gov. JB Pritzker that Illinois was under a state of emergency because of the COVID-19 virus.

The two-week halt in nearly everything felt surmountable and communities bonded together.

And then two weeks dragged into months and we’re closing in on a year.

How has your family’s relationship changed in that time? Are you closer now or closer a year ago? Are your kids at each other’s throats or more understanding of each other’s personal space?

“For a lot of people, there was uncertainty, ambiguity, a lack of safety so people pulled together instantly,” says Mudita Rastogi, Ph.D., director of the Marriage and Family Therapy Department at Northwestern University. “People checked on each other, they wanted to stay together, they wanted to be close, then it also came to the point the closeness was something people needed some getting used to.”

Maintaining our relationships in quarantine – especially the roller coaster as quarantine has transitioned to more time with family and friends outside (even at a distance) during the summer to a return to isolation during the winter holiday season – has been difficult, even in the most well-adjusted families, therapists say.

“In normal times, we have routines that give us both closeness and separation,” Rastogi says. “What has happened with the pandemic is that initially we sought closeness and then it became a lot to cope with as well.”

Here are some relationship tips to keep you sane during the pandemic.

Keeping the spark with your spouse

The stress of the last 11 months of schedule slicing and jockeying more for the remote control than the car keys has created a paradigm that therapists have sought for a long time.

“Something that in my field we’ve been talking about for years is to ask people to focus on what’s most important in your life, and that’s hard to do when you’re managing the details of a life,” says Margot Schulman, an activist, author, facilitator and love, sex & relationship coach as well as the author of Choose Love: A Simple Path to Healthy, Joyful Relationships. “In the beginning, the immediate stress of learning to adapt has changed as we’re managing through 11 months and in recognizing what is most important to me to sustain my joy and sanity for the rest of my life. Because this has become our lives and it’s not this quick thing that I have to survive and push through.”

What Schulman noted is that this has made people more honest about what they want in work and in relationships of all kinds (familial, occupational, friendships and marriage).

To maintain, or regain, that relationship with the other adult in your house, the best place to start is honesty and openness every day. Don’t let little problems turn into bigger problems.

What was once easy to ignore or forget because you may have seen a spouse only for a couple of hours a day between work, running the kids to and from school and activities tends to grow when all are vying for the same space and attention.

Keeping discussion lines open is also the advice of Rastogi, who quotes retired astronaut Scott Kelly, who commanded three expeditions on the International Space Station and knows a thing or two about living in close quarters. He was asked by the N.Y. Times as quarantine began if he had any advice.

“He said, ‘Don’t let small issues become big issues, talk it out,’” Rastogi says. “Often as a mantra for the families I work with clinically, I tell them ‘check in, make sure you notice if someone seems upset, do the repair sooner rather than later.’”

That also rings true if there are children that are taking up one parent’s time more than the other in a house where both parents are working from home. Ask how you can help each other.

Wherever the ties were severed, those that are important to be resecured can be, with a little work, the therapists explain.

When mistrust comes within the same home, set boundaries about what to talk about, then follow them. Don’t let one voice dominate the conversation so that only his or her side is heard.

When the disagreements occurred within extended family – adult siblings, grandparents or in-laws – remember the things you loved about that person first.

For instance, you enjoy time with a family member, and especially their chocolate cake, but you don’t see eye-to-eye on wearing a mask or politically, Rastogi says. “You can still say to that person ‘Listen, I miss our visits, where we eat dinner together and I miss your chocolate cake. Can we do a Zoom call where you show me how to bake that cake?’

“You don’t want to give up that relationship and it’s important to find that creative space.”

Kids are people, too, and while isolation or remote learning can stress out children as much as adults, some kids will throw more and louder temper tantrums while others will quietly find a retreat.

Tell your kids that their friends and siblings will react differently to the stress of the pandemic, so the best thing for a friend or brother to do is ask how to help.

“I feel like I need a T-shirt that says ‘you are two different people, it’s OK to like different things,’” Schulman says. “Your sister is not always going to do things the way you do them. You can say it to younger kids, but it’s more about demonstrating it and giving them their own space both physically and within what they like to do and how they choose to spend their time.”

For parents, Rastogi recommends scheduling alone time with each kid, regardless of his or her age. Give them 30 minutes a week and let your children set the tone for the activity, whether it’s watching a show together, coloring, playing a board game, cooking or practicing a sport.

“The key is to follow the child’s lead so that the child knows you’re there for them and your attention is 100 percent focused on them,” she says.

Loss during the pandemic has had many definitions. Loss of a loved one, a job, money, a favorite group activity or even family traditions.

Each loss takes a grieving process, no matter how big or small it might seem.

It’s OK for kids to grieve the loss of a summer camp opportunity or a family member, and remember that kids and adults grieve in different ways.

“The first thing about loss is that it has to be acknowledged,” Rastogi says. “One of the problems with the pandemic is that losses are invisible, and it’s on such a massive scale that we don’t know who to turn to to express our loss because everyone is going through some kind of loss.”

Seeking the services of a professional for yourself and your family is a great start. On a smaller scale, when the losses are those like group activities that have already been overcome, redirect your energy.

Instead of playing soccer, help kids learn an indoor hobby like soccer or chess.

“When faced with loss, I think sometimes reminding ourselves through a gratitude journal or talking with friends and reflection or pursuing other hobbies, wherever you find that joy, will help,” Rastogi says.

Hope for the future

Schulman says she was in New York City shortly after Sept. 11, 2001. She said riding the subway system was an eye-opening experience as riders didn’t carry the “usual” New York chip on their shoulders.

“Everyone was a little nicer to each other,” she says. “I remember riding and thinking ‘maybe that person lost someone or maybe that person doesn’t know where their loved one is.’ But that’s true all the time. What if I could always remember that about the people around me on the subway?”

Rastogi explains that when a “new normal” presents itself, relationships won’t immediately revert to their 2019 former selves.

“If we can envision a time when no masks are needed, things will still shift and whatever we have learned, whatever new routines we have taken on, some of the vestiges of those will be used in the future: greater flexibility being able to work from home, people being able to call in to meetings, maybe places asking you to show an app on the phone that you’ve been vaccinated, whatever it is, it’s going to be different,” Rastogi says. “Start thinking creatively of what can we do now and what might we be able to do later. A lot of people are using social media to check in and do Zoom calls, those don’t have to go away. You can still Zoom-call folks – maybe not as often, but you also don’t have to go weeks of not talking to someone.”

Schulman reminds us that when public transportation and restaurants and concert venues are packed again to “assume that people are still suffering” and act with kindness, she says.

“That’s a pretty safe assumption to make all the time,” Schulman says.

3 Easy Plants to Grow with Kids

Chicago Parent Staff -
From exhibits and activities to books!
Read more
You

"The balancing act is the toughest part."
Read more
You

Lori Orlinsky -
Even if it's just for a day.
Read more