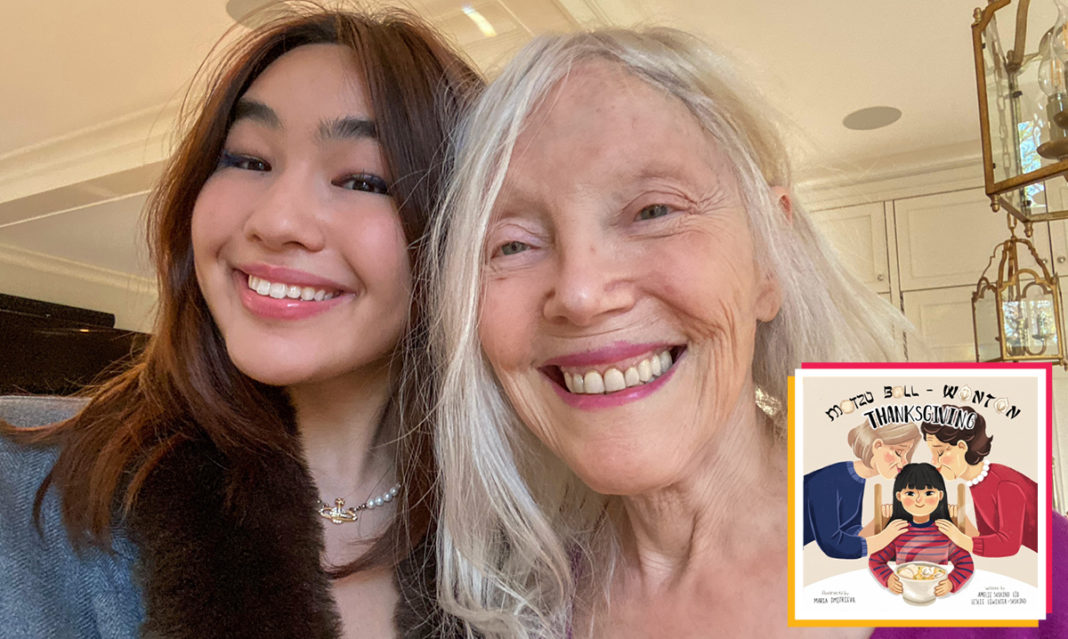 Growing up, Amelie Liu, a junior at the University of Chicago Laboratory School, remembers feeling a little different. Liu, who identifies as both Chinese and Jewish, did not see multicultural kids like herself represented in the books she read.

Years later, as a teenager, the feeling of being underrepresented prompted her to work with her grandmother – as she lovingly calls her Bubbe – to write a children’s book, Matzo Ball-Wonton Thanksgiving, during quarantine.

The book, released just in time for Thanksgiving, follows Amelie’s family as they enjoy a non-traditional Thanksgiving meal that is complete with one fused matzo-ball and wonton soup to celebrate both sides of her culture. However, the problem is, Amelie wants a “real” Thanksgiving — complete with turkey, stuffing and cranberry sauce — like the ones her school friends have.

“This book explores multiculturalism and my Chinese-Jewish identity through the lens of my younger self,” Liu says.

Liu says that through Matzo Ball-Wonton Thanksgiving, she wants all kids of all ages to realize how beautiful their intersectionality and multiculturalism can be.

“I want them to feel pride in their cultures at early ages,” she says. “Even if they don’t understand the true beautify of their culture, they should be happy and feel a sense of pride while eating the food.”

Liu says that this past year, which was plagued anti-Asian hate crimes, has been especially tough for her to cope with being a “multiracial kid in America.” In some ways, she feels like the same underrepresented child again.“It is deceptively lonely — feeling like you don’t belong in one group. Multiracial people have long faced discrimination in this country,” she says. “Identity runs much deeper than what’s visible on the surface. We must call greater attention to our nation’s third alternative, our hyphen. Our identity is complex. It’s not binary. It’s multilayered. And, it’s perfectly imperfectly mixed.”

In honor of her late father, Donald Liu, all proceeds from the sale of Matzo Ball-Wonton Thanksgiving will be donated to the National Alliance for Children’s Grief, a non-profit organization that focuses on supporting bereaved children and raising awareness about children’s grief. Liu says she is certain her father would feel proud that she is recognizing the beauty of her culture.

The high school junior is looking forward to sharing the book with her extended family this Thanksgiving — the first time in two years that they can safely gather together.

“I’m pretty sure we will end up reading the book at the Thanksgiving table,” Liu says. “And I can completely guarantee that there will most definitely be Matzo-Ball Wonton Soup at the dinner table.”