Boredom is OK! Here are 13 Ways to Help Your Kids Embrace It

It's a normal emotion that can feel icky, but boredom is OK for kids — and even cultivates their creativity. Learn how you can help them foster it. 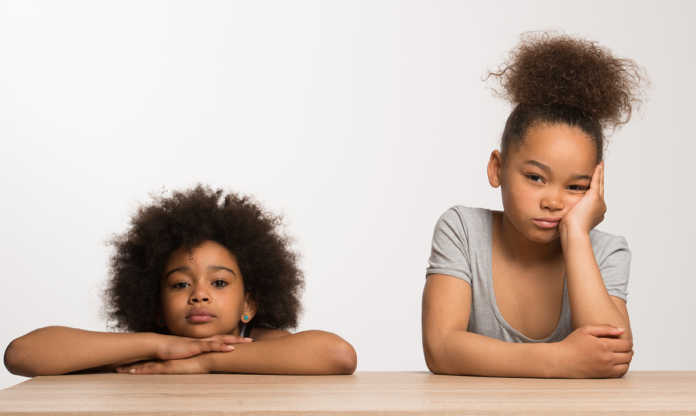 “I’m bored!” It’s the battle cry of kids far and wide. But before you armor up to fill that schedule or plot out activities, take a minute to consider the benefits — yes, benefits — of boredom for kids, and help them learn how to get cozy with it.

“We didn’t actually have a word for it till the 19th century,” says Dr. Dibya Choudhuri, a professor with the counseling program at Eastern Michigan University in Ypsilanti. Boredom got a bad rap fast, but it’s really not a bad thing.

“It is a normal human emotion,” she says. “To try to prevent children from ever experiencing it is probably unhealthy.”

And it has layers, says Liz Tertell, M.Ed., a senior instructor with the Erikson Institute, an early childhood graduate school in Chicago.

“I think you have to sort of break down boredom a little bit,” Tertell says. Are kids saying, “I’m not being entertained,” she asks, or “I don’t know what to do”?

Plus, it’s valuable to separate constructive boredom, which is packed with potential, from mindlessly tapping on a digital device. “It’s a passive boredom that children don’t even recognize as being bored,” Choudhuri says.

Here’s a closer look at why boredom is OK — and 13 ways to help kids work with it.

Boredom as a boon

The biggest payoff to being bored, both experts agree, is that it naturally stokes creativity.

“Boredom is a motivator to do something else, to move on to something more interesting,” Choudhuri says. “Constructive boredom can develop creativity. Kids particularly have to find ways to entertain themselves or engage themselves.”

And that sort of “self-directed” action is always more powerful than a parent dictating the agenda, she adds.

Another benefit? “It leads to finding your own interests and passions,” Tertell says. “If someone’s always cooking for me, that’s really different than saying, ‘What happens when I make a sandwich and I add something I never did before?’”

All of this can lead to boredom’s opposite: a thing called flow. It’s what happens when kids are really engaged with something and lose track of time.

That, in turn, builds self-regulation skills, being able to control your body and listening to other people, says Tertell. “Play and pretend is really what you’re doing when you’re bored,” she adds, and that opens many doors.

Start by having your kids open their eyes and notice what’s right in front of them.

If your child is fascinated by an anthill and asking questions, stop and be curious with him or her. Tertell knows a teacher who was taking kids on a nature walk. They spotted a milkweed plant, and the back of a leaf was covered with aphids.

The kids were curious. The teacher admitted she didn’t know what they were. So she said, “How can we find out?” That turned into an entire study on different bugs, complete with lots of Googling and book reading.

It doesn’t have to be complex. “Just breathe and be able to get in touch with yourself if you’re bored,” Choudhuri says. “Think about what you want to do. Explore.” Toddlers are a great source of inspiration, she adds.

“Very little kids as young, as 2 or 3, can do wonderful breathing. They can calm themselves down so beautifully.” To explain breathing, use age-appropriate language — filling up their bellies like they’re about to blow out a birthday candle or smell a flower, for instance. “You can sort of talk about how breathing happens.”

The idea of a kid literally having nothing to do doesn’t resonate with Choudhuri, who’s been a professional counselor for 20-plus years.

“I don’t think children ever ‘do nothing.’ If they’re just sitting there kind of waiting, that’s learned helplessness. I would probably give some directive.”

One great tactic is having a box of crafts or scrap materials to point out when kids are at a loss. “They have options. They choose how to use them to play. Children do play.”

When it comes to why play is so important in all this, Tertell points to a TED Talk by psychiatrist Stuart Brown, who’s done a lot of research on this.

“What’s the opposite of the play?” she asks. “Most people would say ‘work.’ But the opposite of play is depression. Play is really this idea of engaging with materials, with ideas and with other people. That’s so important in all of this. It can get lost when we don’t have this time to slow down.”

Particularly during this quarantine, use your “slow down” time to rekindle play. Build with blocks. Make things that fall down. Have conversations. Go for a walk. Ask kids, “What do you want to be?” Try card games, board games and pretend play.

“Teach your children some of the games that you played” as a child, Tertell says, whether it’s Chinese jump rope or Go Fish. “You’re connecting with your child in a different way.”

Bonus: Create a nook to share these experiences. Tertell loved making forts out of sheets when her son, now 22, was little. These special spots are perfect places to sit down, talk, read and play.

“Ask them to write you a story and then write it out,” Tertell suggests. “What an amazing literacy activity for young children.” You’ll learn what they’re interested in — and when you write it down and keep it, you’re showing them what they’re saying and doing is important to you.

For her son, that turned into an idea to write a comic strip about a “science guy” who does different experiments. “They were really funny!”

Think of it as a more welcoming version of a “time out” place. It’s an unscheduled, activity-free zone. Instead of “bored time,” Choudhuri calls it “me time.” It can be in a spot in your kid’s room or … why not see where your kid thinks it should be?

“Definitely involve children in creating those spaces, however small. And then, allow for mess. That their ‘me time’ space might not look like the Zen garden you have in mind, but that is theirs,” even if it’s a pile of stuffed animals.

If you get inspired, share that with your kids, too. “This is so great. You know, I think I need my own space too. Do you want to help me create my space?”

The entire family can take a little “me time” after dinner, during mid-morning, before a nap or any time you choose in your own spaces.

These things definitely happen during “me time.” Tertell recalls, “I remember sitting outside in a hammock when I was young and just thinking, connecting with myself, being more introspective.” That’s a tough thing for kids to develop if parents are always “on” with them — but it bubbles up during “boredom.”

For older kids, she says, “It’s this time to think about what you are and give yourself some time and space.”

During the COVID-19 crisis, she adds, “This is a good time to teach kids how to relieve their stress and anxiety and slow down and be OK with just yourself.”

For younger kids, who are more concrete thinkers, “materials are the language.” So give them some markers, blank paper and a simple challenge or question, like “Maybe you could draw a picture of what it looks like in our house?”

Consider kids’ personalities, too. Some are more self-reflective and others want and need to be with others. “What is their temperament? What do they need?”

Remember how Choudhuri said digital boredom is often “passive”? Help tweens and teens avoid this pitfall by focusing on what their devices do best: socialize.

“Parents should not cut off digital in terms of connecting to friends. That emotional connection is important,” she explains. “But I would say reducing screen time is also important,” because quite often, “they’re just receiving input” from their digital devices vs. engaging with them.

Managing boredom isn’t a marathon. If you’re working on a puzzle, for instance, set it up in a space where you can chip at it together and return to it later. That’s a learning opportunity, too, Tertell explains. Sometimes we need breaks to find those bursts of clarity or renewed vigor to carry on.

“Boredom also leads to problem-solving skills,” she says. “What am I going to do? This idea of tenacity.” Try it by building something with your kids. Tertell suggests using red Solo cups. Turn them upside-down and try some fun challenges. How high can you make it? Could you build a tower you can step inside?

10. Listen for the real message.

“When younger children say ‘I’m bored,’ what they’re really asking for is attention,” Choudhuri says. That’s right: They don’t need a heap of stuff to do.

“It’s OK to not solve their boredom but to engage with them about their boredom,” she says. “You meet that need for attention,” while also saying, “I have faith in you you’ll find something to do. Have you tried looking through your room?”

It’s also fine to have a rule that, whenever they’re done, they should also tidy up.

This one especially applies to teens — who, even in general, are reporting being “bored” in larger numbers than ever.

“They’re much more autonomous, but they still need guidelines about what they need to be doing,” Choudhuri says. “In these times, they have their chores or they still have the tasks that they have to do. They can figure out how and when they’re going to do it,” but those requirements should stay the same.

Help them avoid that urge to stay up till 4 a.m. and wake up at 1 p.m., she adds. It messes with healthy sleep patterns — and “it messes with using this time to spend time with other people.” Including mom and dad.

Are you constantly on the proverbial hamster wheel yourself? Look at the pace you’re setting.

“What do parents do when they’re bored? Does everyone at the dining table take out their smartphones instead of just sitting through some awkward conversation?” Choudhuri says. While encouraging kids to explore themselves and “me time,” she says, “they also need to see their parents not in constant motion.”

It also helps to normalize boredom. “Empathize with children’s boredom,” she adds. “Because truth is, boredom is not necessarily pleasant. Say, ‘Yeah, I know what you mean, I feel that too sometimes. It’s hard to know what to do.’”

This might be the hardest one of all, but it’s crucial. Allow kids to simply experience their unstructured time.

If you’re working from home and need to be on a call, for instance, set a basic framework: You’ll be busy for a set amount of time, and here’s something for your kids to do, Tertell says — “and trusting them to do that.”

Or, as another example, how about they try making play dough? Give them a recipe and some basic guidance. Remind them you’re not far away if needed.

“It’s this idea of the time that you’re giving to children and letting them do things on their own is good and OK,” Tertell says. “Let kids have time to have their ideas. Say, ‘You can come and ask me a question.’”

This story originally published in 2020.

Looking for a fun evening out with the family? Get a drink at one of these places.
Read more
Advice