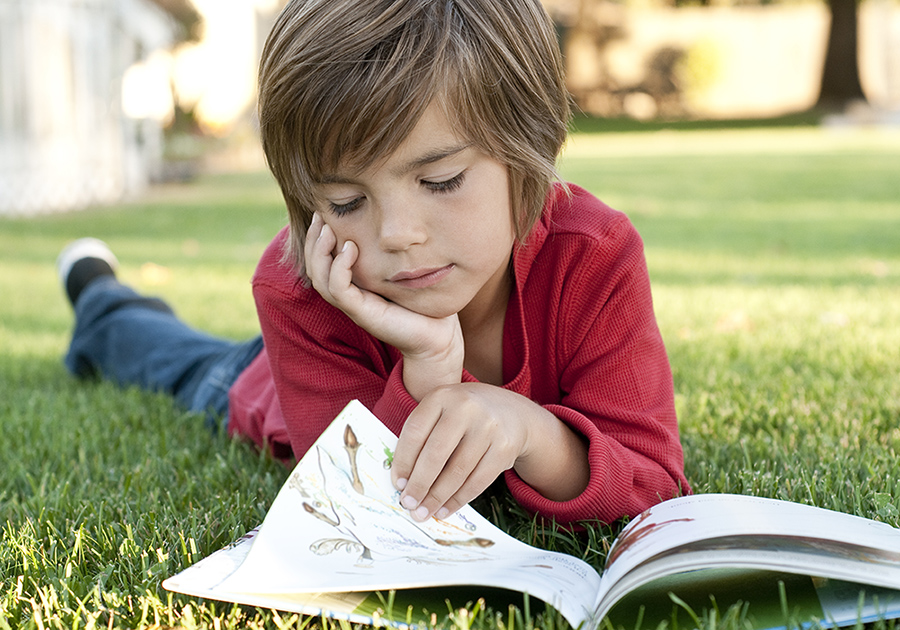 Last year my daughter was a reluctant reader. “It’s too hard,” she’d say. Or, alternately, “It’s too easy.” Or “It’s boring,” or “The President can’t read, why should I have to?”

Things have taken a turn for the literate lately. First grade has begun and suddenly Viva loves to read. She earned a certificate for her reading prowess the other day. (I thought you should all know that. It’s great to hijack a popular website to brag about your kid in front of readers from all over a major metropolitan area. And now you’ve read my brag and you can’t unread it because that’s how reading works.) Viva wants to read all day and all night … and there, as noted doomed reader Hamlet would say, lies the rub.

Reading is typically promoted, by both parenting outlets and library posters with Yoda on them, as a calm exercise in expanding the mind. It’s perfect for taking a magical journey in the imagination on a rainy day or before bedtime. But when Viva reads, she gets riled up. She’s begun her first chapter book, and upon finishing the first chapter, which ended with a character staring at a mysterious photograph an ominous sentence akin to “where was Luca Brasi?” (but with less murderous undertones) she cried out, “What’s the picture?!”  “What happens next?!” We told her to lie down and wait for the next chapter tomorrow night, but she was inconsolable. “I can’t wait! I can’t sleep! I need to know! Can’t we just get on with it?” (She actually said that.) Her friend from school had recommended the book. “I’m going to find her on the playground – I’m going to ask her if Chapter Two is scary! I’m going to ask what’s in the photo!” I guess she’s not going to be one of those “spoiler warning” people.

So, this is where we are now — with an underslept, constantly agitated 6-year-old. It makes me wonder if reading is even healthy. Throughout history, there have been opponents of reading, or at least too much of it. The Victorians thought it could lead to hysteria and to anti-social behavior. Do I want a daughter drifting about in an attic like Emily Dickinson or pacing around a yellow wallpapered study and into oblivion? And look what it did to poor Don Quixote! Do I want my daughter tilting at windmills in makeshift armor, singing baritone?

If she’s this panicked about a first-grade chapter book about a girl and her cat, what happens when she starts getting to the real heartbreak fuel? When she starts reading about little brothers eating turtles, or clever spiders dying after childbirth, or messianic lions tied to a slab, or what if when house elves and owls start snuffing it book after book in incrementally more cruel and violent ways? I don’t need feelings of that scale in my house.

I’ve suggested to my wife that my daughter’s seventh birthday party be a book burning. She wasn’t keen on the idea but I think it’s solid. I even know the temperature to get the books to make them ignite, and I can start the fire with the glasses I stole from an ill-fated classmate. Then we’ll sit down and watch some calming movies. There are several about hobbits I’m really excited to show her.