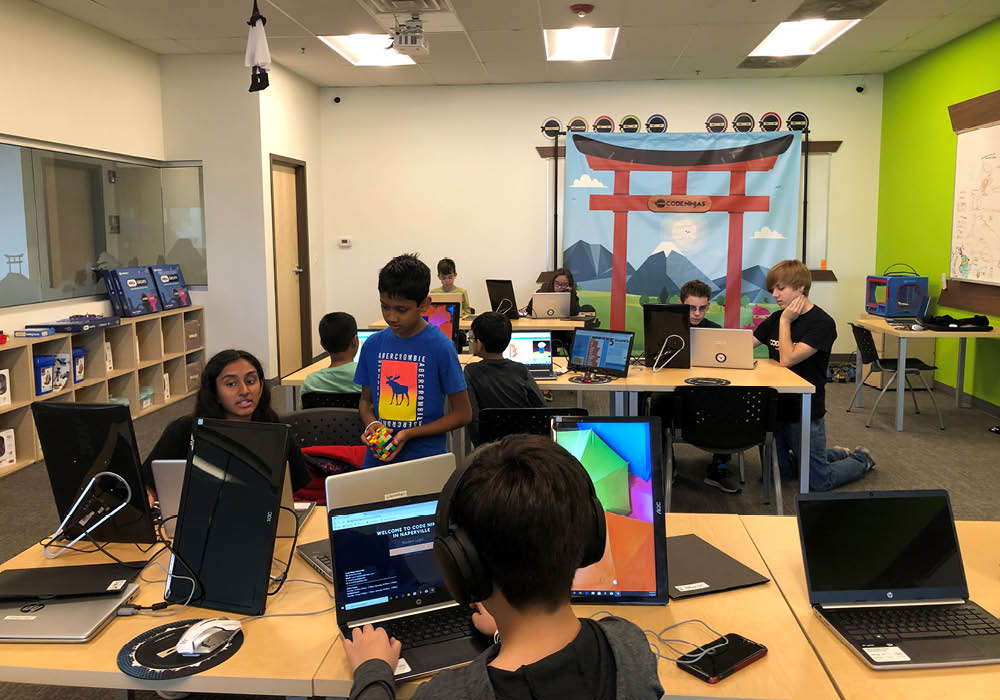 Kalyan Anandula is a programmer by trade. He and his wife, Preethi Kundoor, were looking for classes, camps — anything to help their tweens learn to code, because teaching at home was only advancing the kids so far.

“I couldn’t find anything that was a year-round activity,” Anandula says. “You can find a camp and they’ll learn coding for a week or two but there’s no continuation, so the knowledge is not retained.”

As he looked, he discovered national franchise Code Ninjas, where kids advance their skills in a learning environment by adding fun kids build video games while they learn to code.

As parents who had tried and only got so far teaching at home, Anandula and Kundoor opened Code Ninjas in Naperville a year ago.

Does your child want to learn how to code? Here are five ways to keep kids engaged while they learn to code.

For early coders, starting with short lessons helps them advance quickly so they aren’t frustrated by the process.

Anandula says that “coding is the new literacy.”When kids learn to read, they start with one letter at a time, and coding is the same way. Start small to grow bigger.

Code Ninjas uses a program developed at MIT called Scratch, which teaches kids how to code one letter at a time.

Most kids already have the language basics, having played games on their parents’ phones or own tablets from a younger age. Scratch helps kids develop their own interactive stories, games and animations. Code Ninjas fundamentals course using Scratch is a great way for kids to start learning coding.

“The games that a student might create are simplistic in that there are really only a few lessons in each game, so they are quick to put together and that is very positive for the students and it’s confidence building,” says Lisa Bracey, assistant director at Code Ninjas.

It’s OK to separate from the screen

It might seem like coding is a screen-heavy activity, and learning to code mostly is, but for parents looking to help their kids learn to code while keeping screen time to a minimum, there are hands-on opportunities to try, too.

Creating a robot and telling it what to do is also part of learning to code, for example. Making a circuit from electronics is also a lesson in coding.

Code Ninjas has recently partnered with Kano and offers a camp to help kids learn to  code their own Harry Potter wand and teach it to work “magic.”

“Those are at-home activities that parents can still take advantage of, although it would require the purchase of a kit to participate in those virtual activities,” Anandula says. 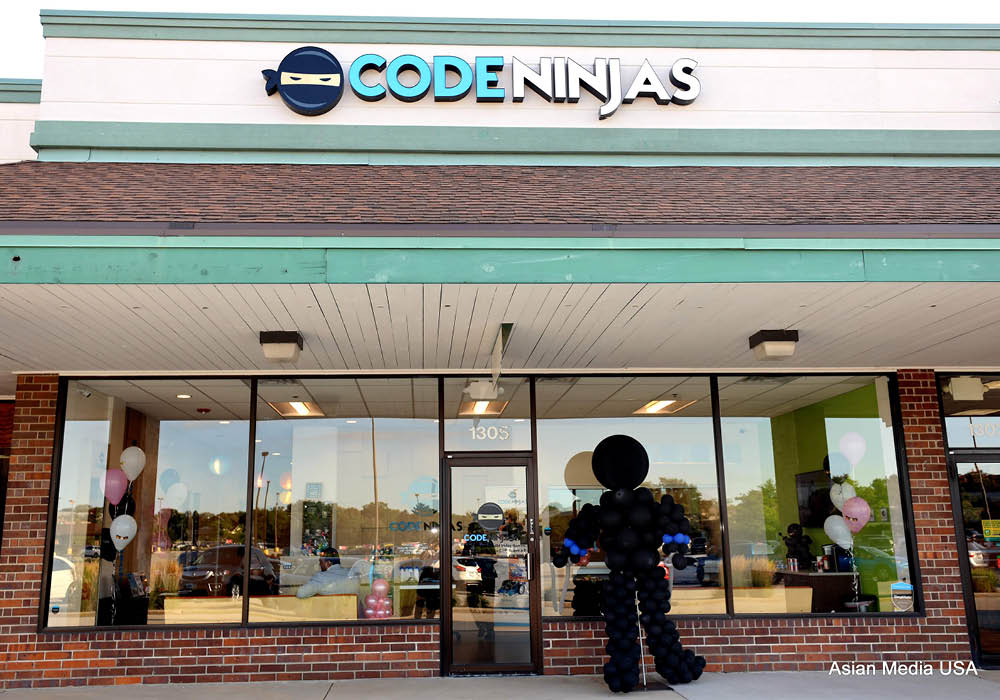 When elementary-aged students learn from teachers in their own generation — like teenagers — that creates and encourages mentorship relationships.

Older kids develop a fondness for being “big brothers” or “big sisters,” and younger kids learn how to be a peer with teachers of different ages.

Senseis at Code Ninjas bond quickly with new ninjas, having only recently been in their shoes learning the steps to speak code.

“The relationship between our ninjas and their mentors is so strong that ninjas ask who is going to be there so that they can choose the night to come in and work with that person,” Bracey says. “You can learn online, the directions can be there, but part of what makes this a great experience is those relationships and that encouragement you get from our team.”

Creating a game that friends can play is a proud step in the learning process of a coder — just like finally reading that first book.

Having a physical representation of that first game, whether you’re making a bird fly away in Scratch or something more complex in Javascript, is a way for kids to watch other people having fun with something they created.

Parents of ninjas at Code Ninjas are given access to their kids’ work when it’s completed.

Keep their eyes on the prize

In the Code Ninjas dojo, ninjas earn “belts” as they advance from level to level. Thereare nine levels white to black where ninjas begin their journey learning to code in Scratch, JavaScript, Lua and Unity. They also have a chance to pick up Ninja Bucks for their successes.

Turning those Ninja Bucks into prizes of their choice from the 3D printer gives kids a treasure to take home and lets them see the coding behind the making of the 3D object.

Kids love a prize, whether it’s a sticker, a high five or a 3D object. Giving them something to work toward helps keep the learning fun.

For more information, visit codeninjas.com
Code Ninjas is the world’s largest and fastest-growing kids coding franchise. At their centers, kids learn to code while building their own video games. They gain problem solving, critical thinking, and STEM skills in a fun, safe, and inspiring environment.

Easy Ornaments Your Kids Can Make