The stress of when to enroll your child in kindergarten 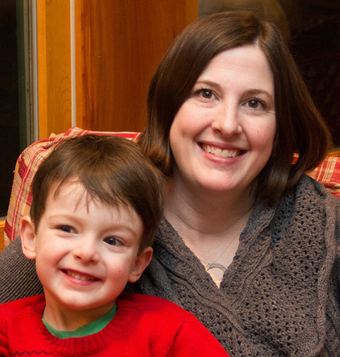 I have an August birthday boy. Not only is he an August boy, but he was an eight-week-early-preemie boy.

Now that he’s 4, it’s time to start thinking about kindergarten next fall. That is, should we send him or “redshirt” him and keep him in preschool another year? We recently moved from Chicago, where redshirting is not permitted, to the suburbs, where it is.

Here in the ‘burbs, holding back a summer baby (especially if that summer baby is a boy) seems to be the thing to do. The reasoning is he’ll have an advantage over his classmates by being the oldest in class. Bigger, smarter, better at sports. It’s so common that during casual conversation with a neighbor, I mentioned Charlie’s birthday and there was a gasp followed by a horrified, “You aren’t going to let him be the youngest, are you?!”

If we make the decision to retain him, I want to be sure it’s the right decision for our son. Not because it’s trendy.

There are strong opinions on both sides of the fence, along with many theories regarding the pros and cons of retention. But there is no definitive proof detailing which is the best route to take for summer babies.

My son’s education is too important to simply make an educated guess and hope for the best. I want to know we are making the best choice for him. So what’s a mom to do?

I think that my guy is spectacular. Smart, funny and ready to conquer the world, and if he wasn’t straddling the cutoff line between when he was born (Aug. 4) and when he was due (Sept. 27), I wouldn’t be writing this right now.

I have no illusions that he is going to be a prime candidate for the MLB, NFL or NBA; he doesn’t come from an athletic family. And while it would be awesome if he was a mathlete, we don’t expect that either. We shouldn’t be stressing about him turning 5.

Yet it’s a delicate balancing act: send him before he’s ready and ultimately, he fails. Additionally, if we keep him in preschool an extra year, he could arrive at elementary school bored, disruptive and hating school.

My advice to future parents: have your babies in the late fall or winter. Parenting is stressful enough. Kindergarten enrollment shouldn’t be.

From trendy DIY activities like rug tufting to ceramics and pottery, these spots will keep the kids busy and creative.
Read more
Sponsored Content

Brought to you by The Sonia Shankman Orthogenic School
Read more