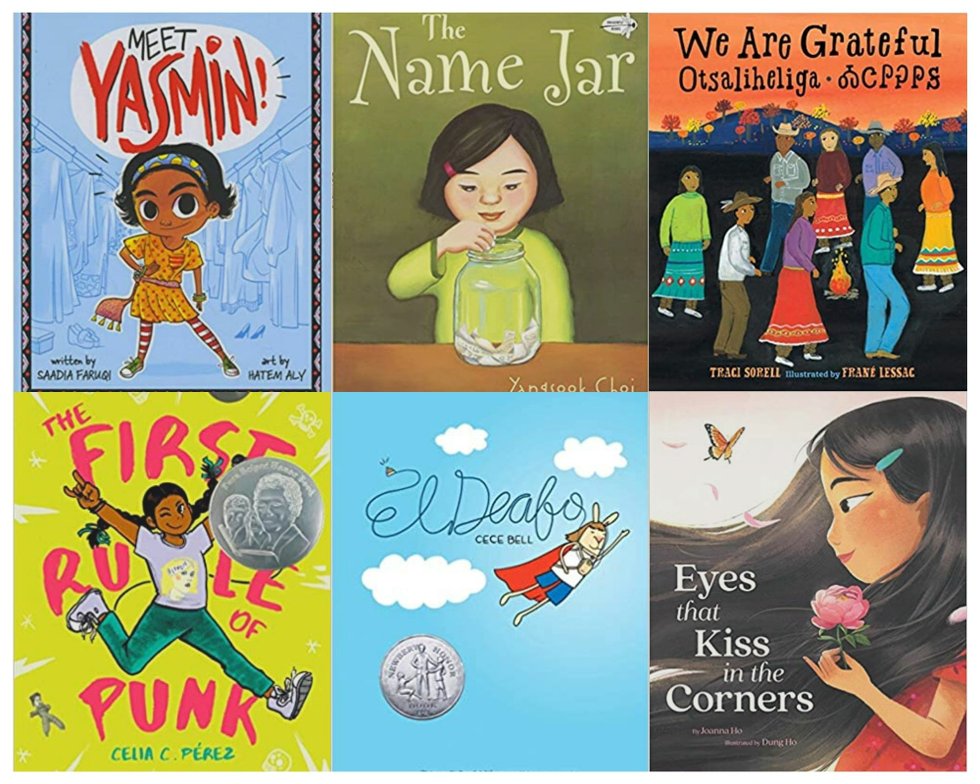 The #OwnVoices hashtag movement started in 2015 on Twitter to give readers a chance to share books about diverse groups that were written by authors that belong in the same group. For instance, a book with a Black child as the subject would be written by a Black author.

Parents looking for #OwnVoices books to read to their children can find more and more options as the hashtag has helped publishers identify artists writing stories based on their own knowledge or life experiences. Readers of all ages, from babies to teens, can see themselves or learn about the differences that bind us in #OwnVoices books. 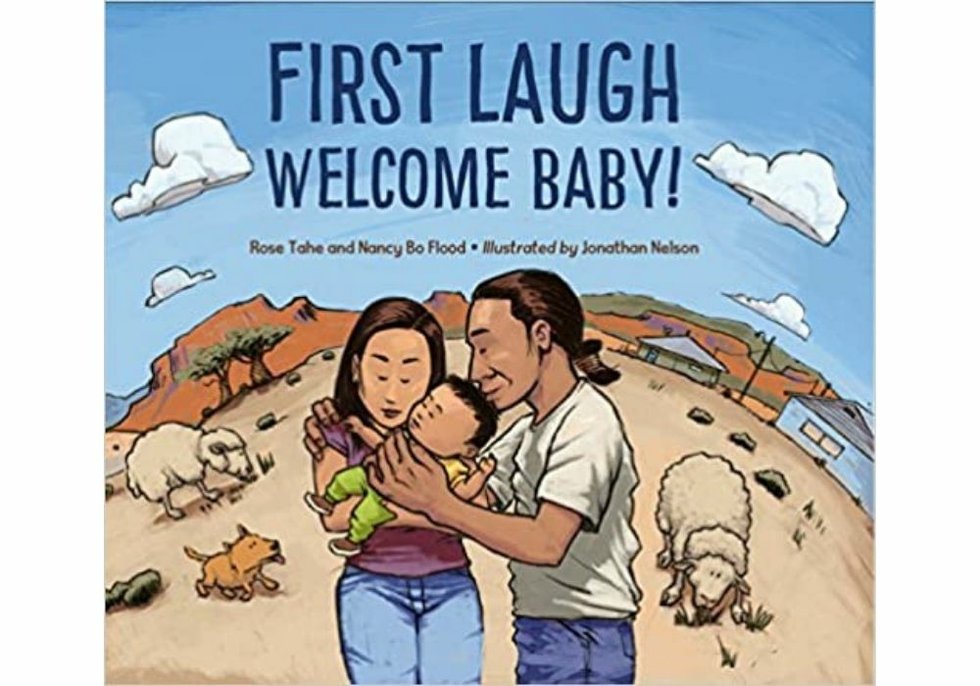 In Navajo tradition, a baby is welcomed into the community after its first laugh. Young readers will learn about Navajo culture and how families are formed in different cultures. Rose Ann Tahe was born into the Naaneesh’t’ezhi Tachii’nii nish’li (The Charcoal Streaked Division of the Red Running Into the Water Clan) and died before the book was published. Jonathan Nelson is a graphic designer and also a member of the Navajo nation.

The Wheels on the Tuk Tuk by Kabir Sehgal & Surishtha Sehgal 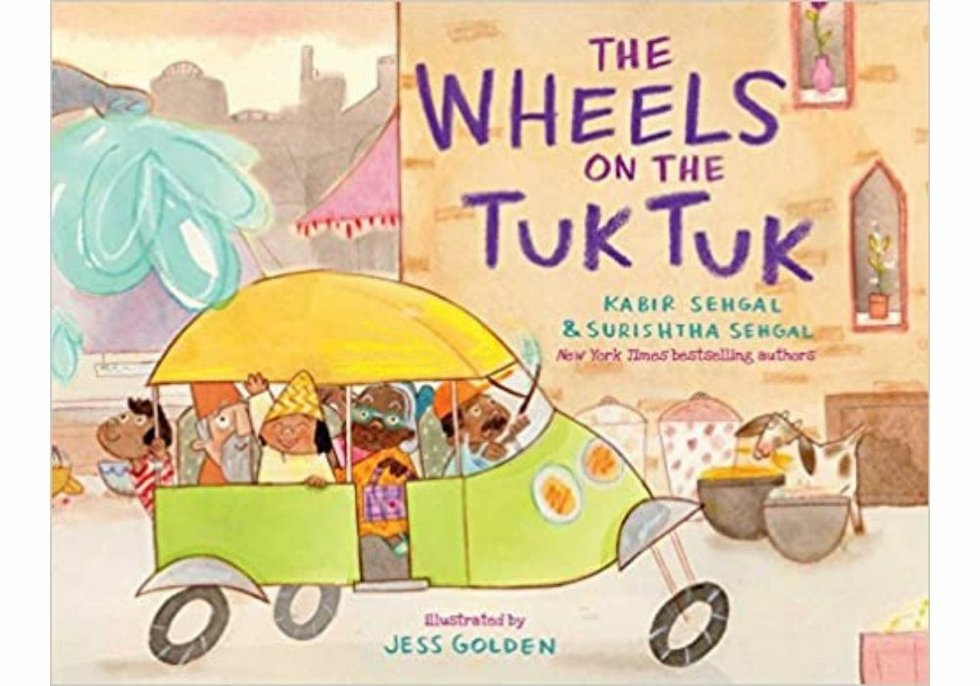 Tuk Tuk are three-wheeled auto-rickshaws that are used in India as public transportation. For families who are ready for a variation of the Wheels on the Bus theme will love to learn about Indian street markets. In the author’s note, the writers — a mother and son duo — compare traffic jams in India to those in the United States.

You Hold Me Up, by Monique Gray Smith 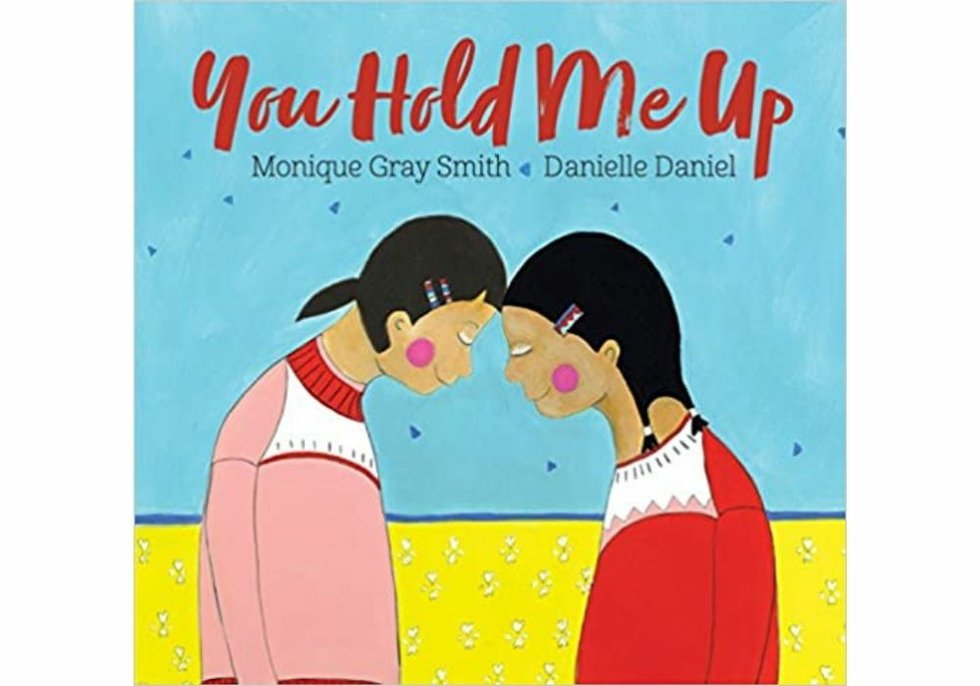 This story of encouraging kindness explains easy ways to hold each other up as friends, family and a community. Written by Monique Gray Smith, who is Cree, Lakota and Scottish, the book can also be read in a version that includes a Cree translation.

The Name Jar by Yangsook Choi 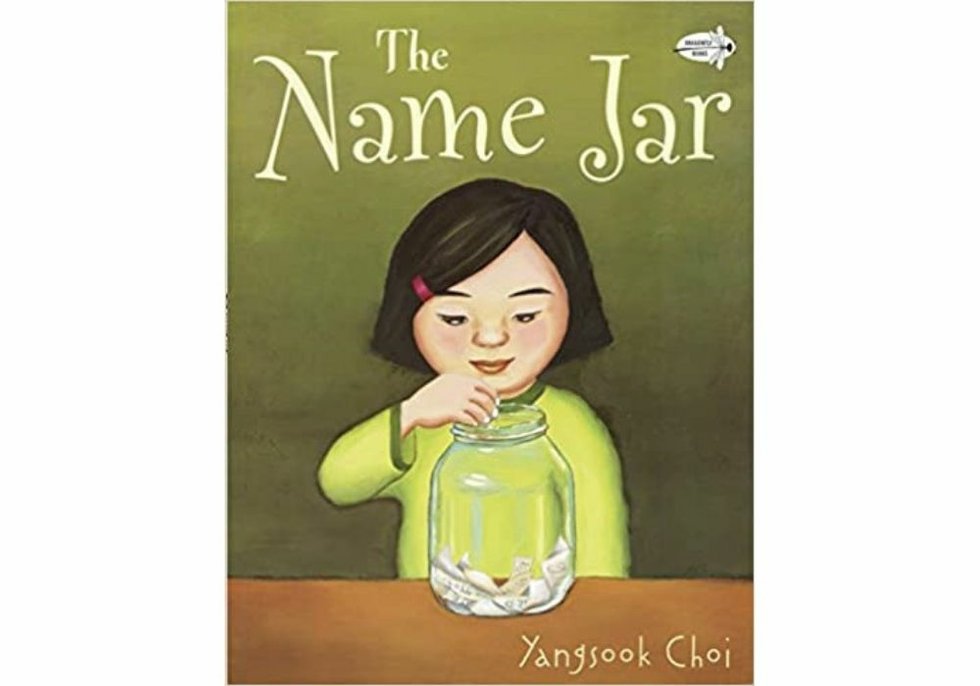 Unhei is the new kid and worries that no one in her American school will be able to pronounce her name, so she lets kids put suggestions into a jar for how to “rename” her. Author Yangsook Choi grew up in Korea and moved to New York as an artist. She has written and illustrated books for young readers. 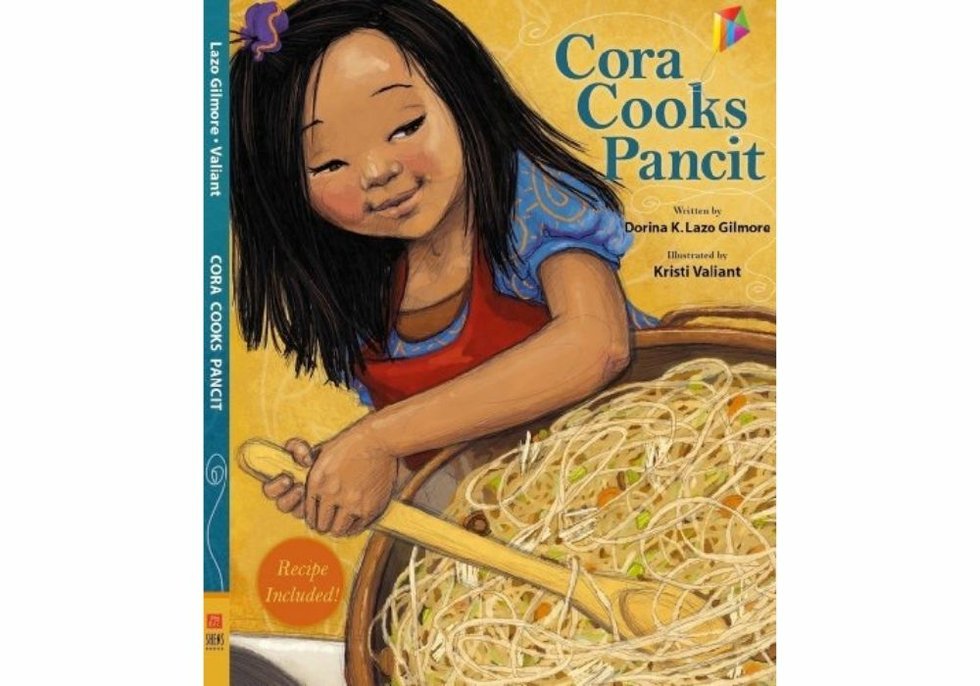 When Cora is finally allowed to try the “grown-up” jobs in the kitchen, she is excited to find out what her family thinks of her cooking. Author Dorina K. Lazo Gilmore grew up in a Filipino-Italian family that loved to spend time in the kitchen.

We Are Grateful: Otsaliheliga, by Traci Sorell 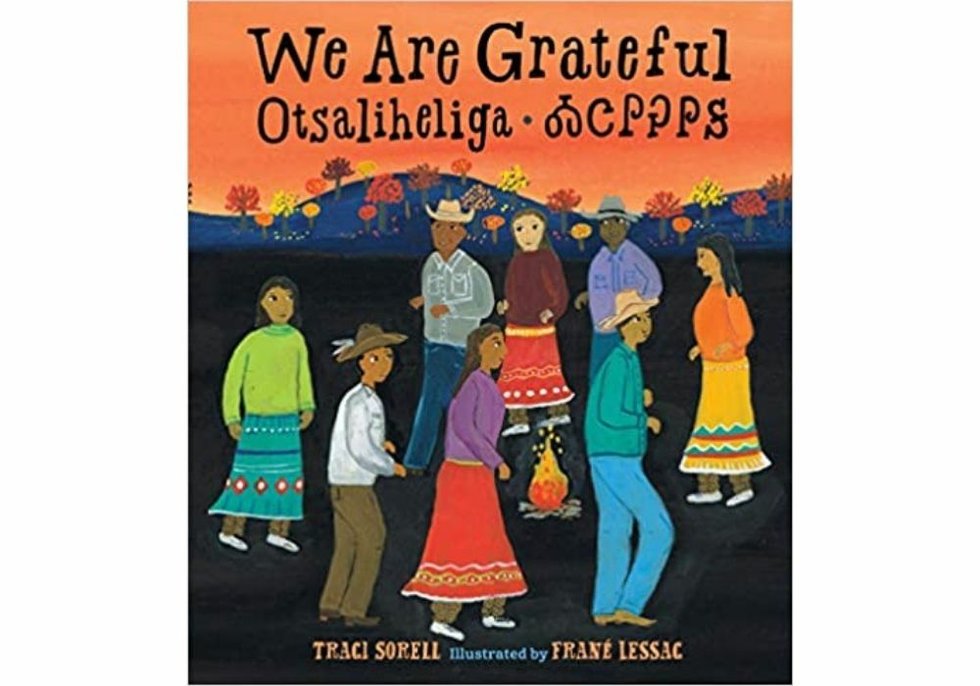 Otsaliheliga (pronounced: oh-jah-LEE-hay-lee-gah) means “we are grateful” and is used by members of the Cherokee Nation. Kids will learn about the gratitude of autumn and celebrations within the community and how to say other words that the Cherokee people use. Traci Sorell explains in her author’s note: “I am grateful for the opportunity to provide a contemporary view of Cherokee culture in this book.”

No Kimchi For Me! by Aram Kim 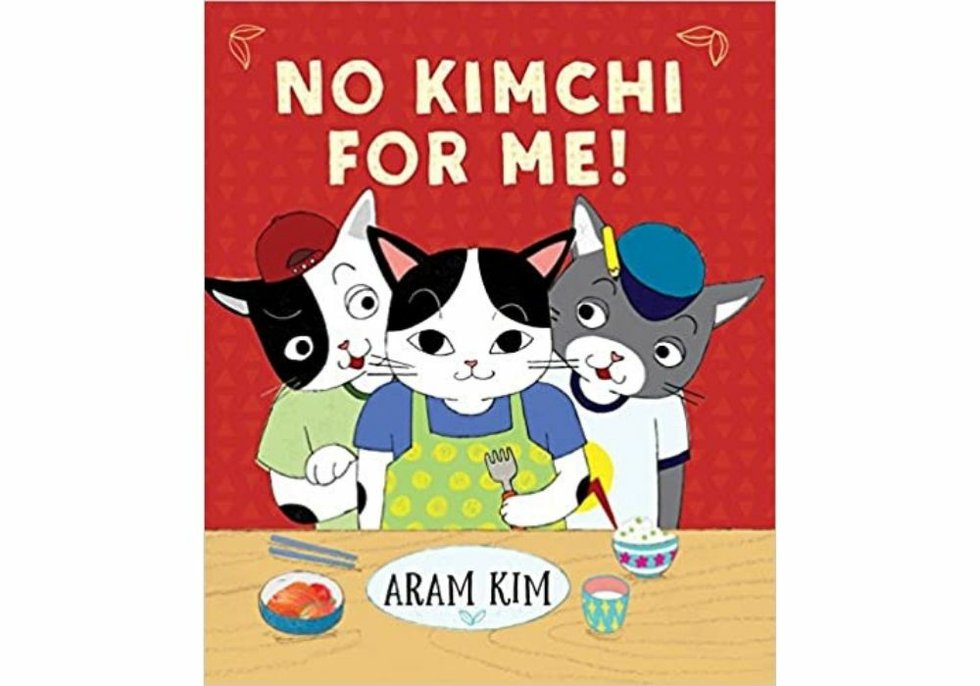 Yoomi is not a fan of kimchi, despite how often the grown ups in her house try to disguise it (in pizza, on a cookie, in ice cream). When her grandmother teaches her to make kimchi pancakes, she learns more about her Korean heritage. Author and artist Aram Kim was born in Ohio and spent her childhood in South Korea.

When Aiden Became a Brother, by Kyle Lukoff 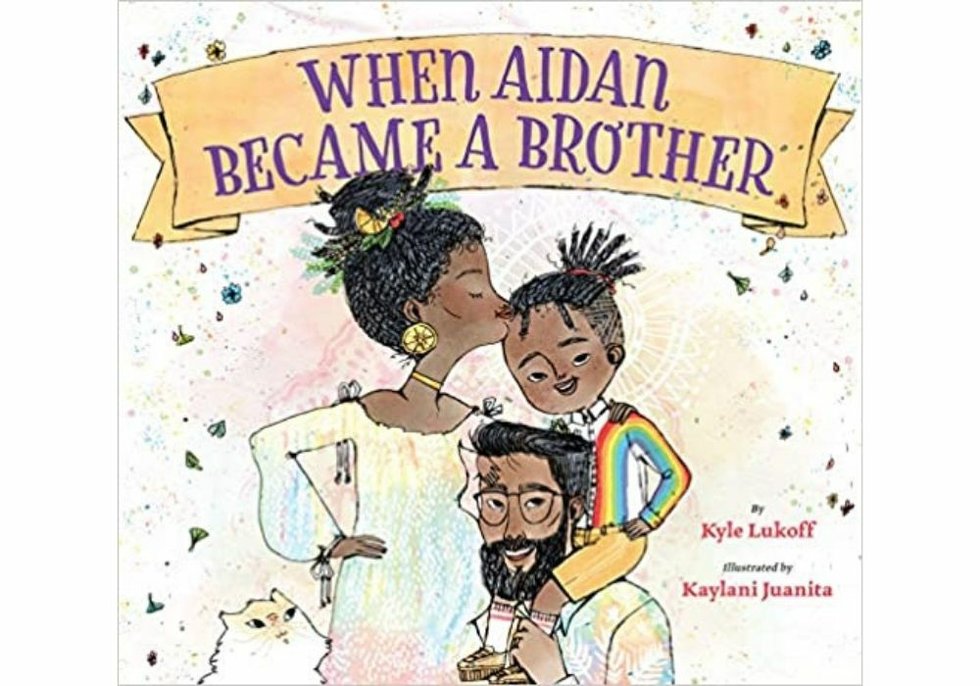 The book helps kids understand what it means to be transgender. Author Kyle Lukoff transitioned in 2007 and was born outside of Chicago. He writes in his author’s note: “If you’re a kid who is transgender like Aidan (or transgender but not like Aidan), I’m hoping this story helps you understand what you’re feeling, and helps you talk about it if you’re ready.” 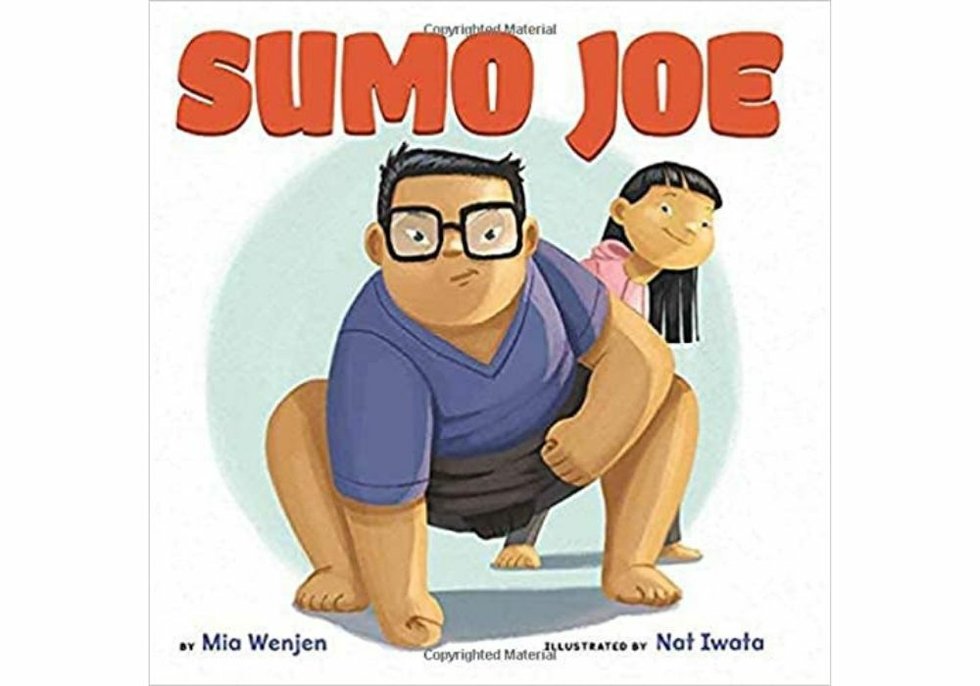 Joe likes to play with his little sister and then pretend to be a sumo wrestler with his friends. When his sister wants to join in the sumo fun, what’s a big brother to do? Author Mia Wenjen (@pragmaticmom on Instagram) is the co-founder of Multicultural Children’s Book Day and is passionate about representation in picture books. 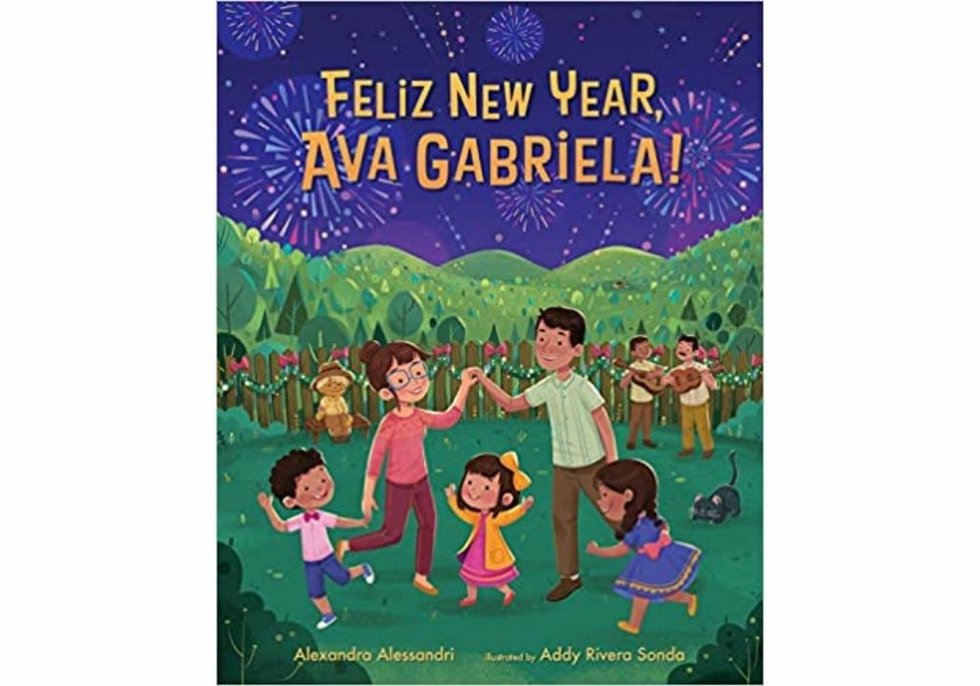 Visiting family in Colombia, Ava Gabriela learns about the expanded traditions of the New Year’s celebrations. In her author’s note, Alexandra Alessandri talks about the many traditions of Colombian families and how they vary from household to household.

Under My Hijab, by Hena Khan 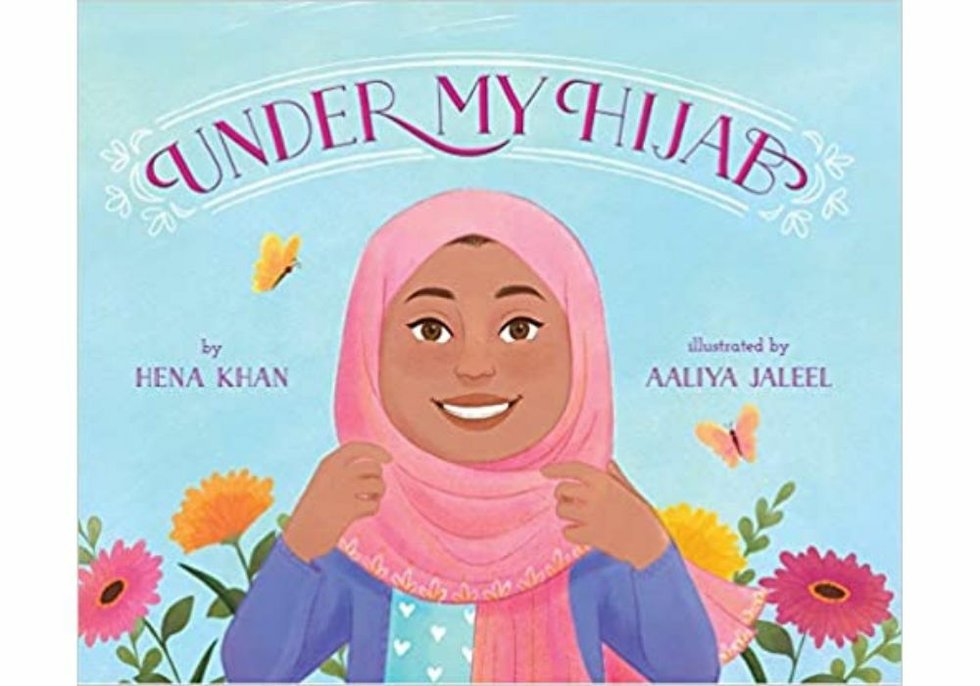 Kids can meet a Muslim-American girl and how the many women in her family all wear their hijab in different ways. Author Hena Khan is a Pakistani-American Muslim whose middle grade books include Zayd Saleem Chasing the Dream. Illustrator Aaliya Jaleel also wears a hijab and her work can also be seen in Maryam’s Magic and Muslim Girls Rise.

Alma and How She Got Her Name, by Juana Martinez-Neal 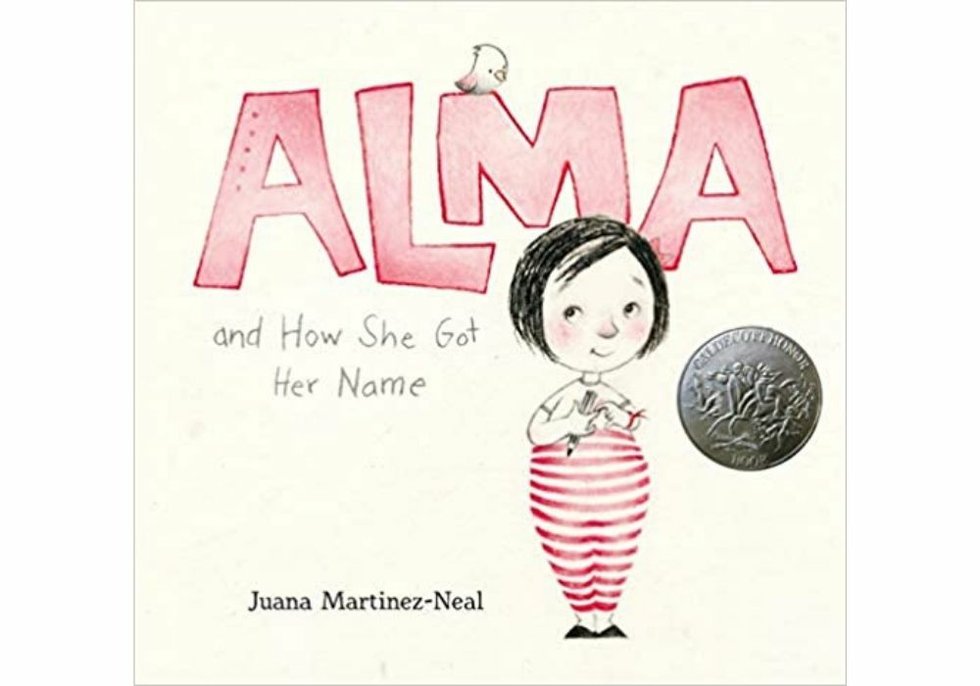 Alma Sofia Esperanza José Pura Candela has a very long name, almost too long if you ask her. But when her father tells her the history of her family, she learns where she came from. This book can help start the conversation with young kids about where their own names come from. Juana Martinez-Neal is from Lima, Peru and was named after her father’s mother and her mother’s uncle. 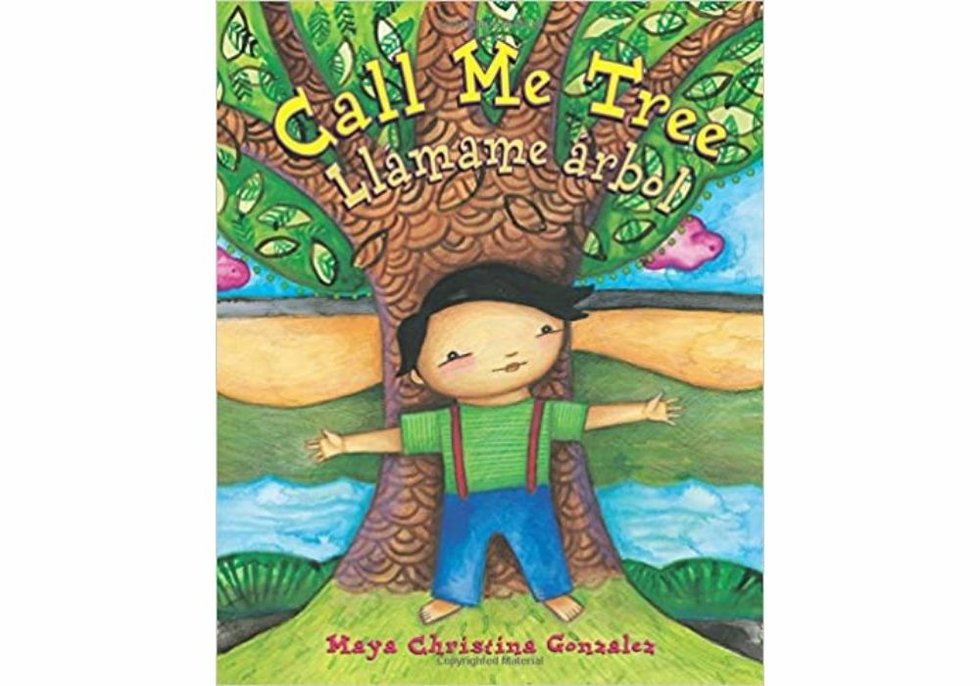 A native of the Mojave Desert, author and illustrator Maya Christina Gonzalez moved to Oregon as a teenager and was introduced to the forest. In this book for children, the poetry is beautiful in both English and Spanish.

Eyes That Kiss in the Corners By Joanna Ho 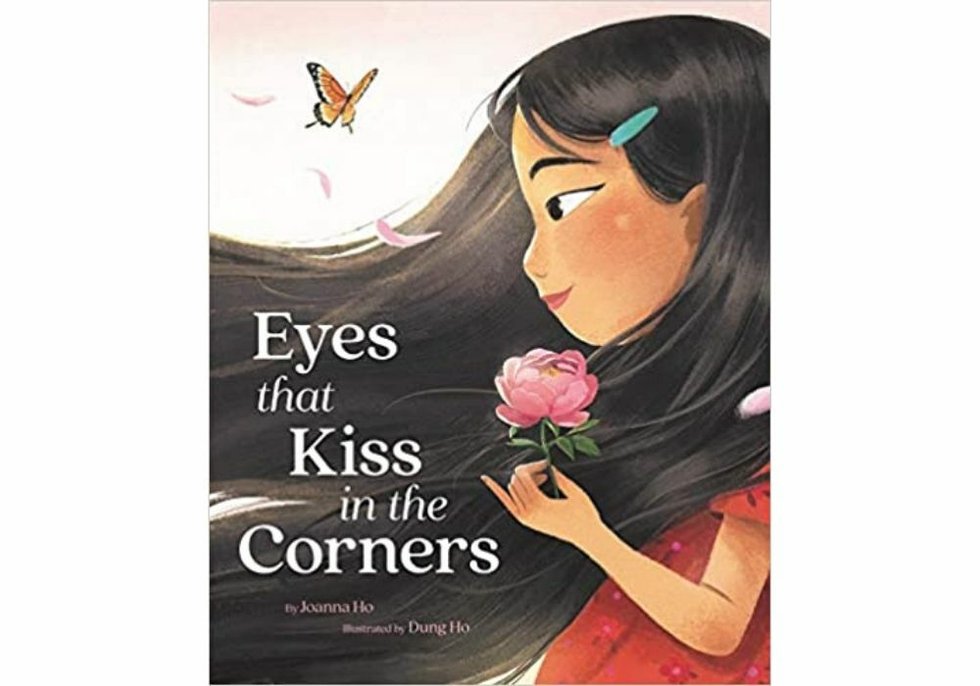 Author Joanna Ho has been a teacher and a dean and is currently the vice principal of a school in California’s Bay area. Her book helps kids recognize the beauty in their own differences.

Shanté Keys and the New Year’s Peas, by Gail Piernas-Davenport 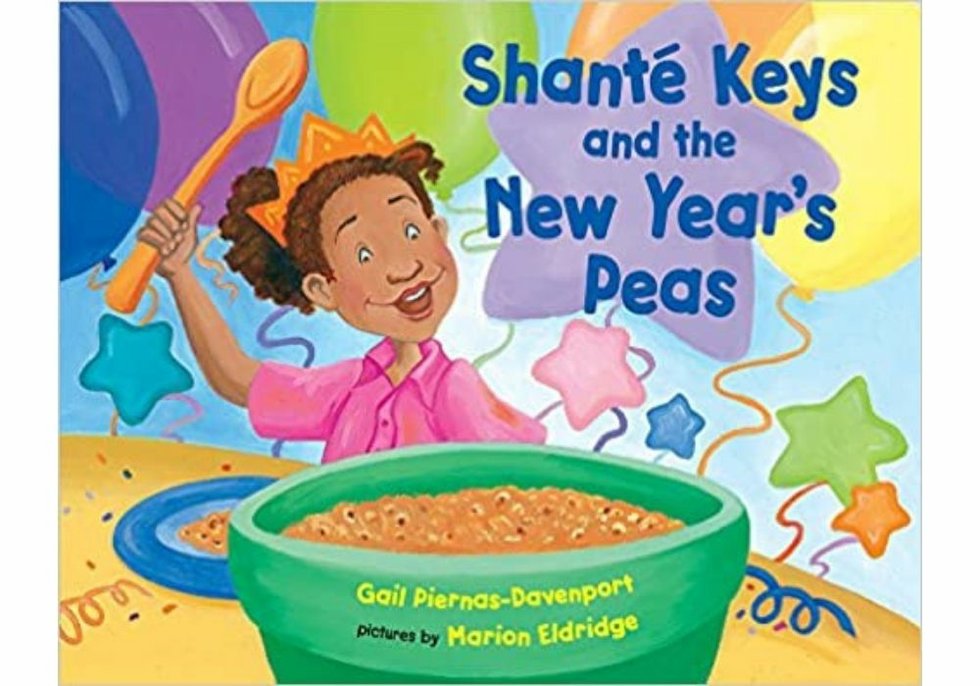 Illinois-based author Gail Piernas-Davenport tells the story of Shante, who is excited for the start of the new year. But when Grandma’s dinner menu is missing black-eyed peas, Shante sets out to borrow some good luck. 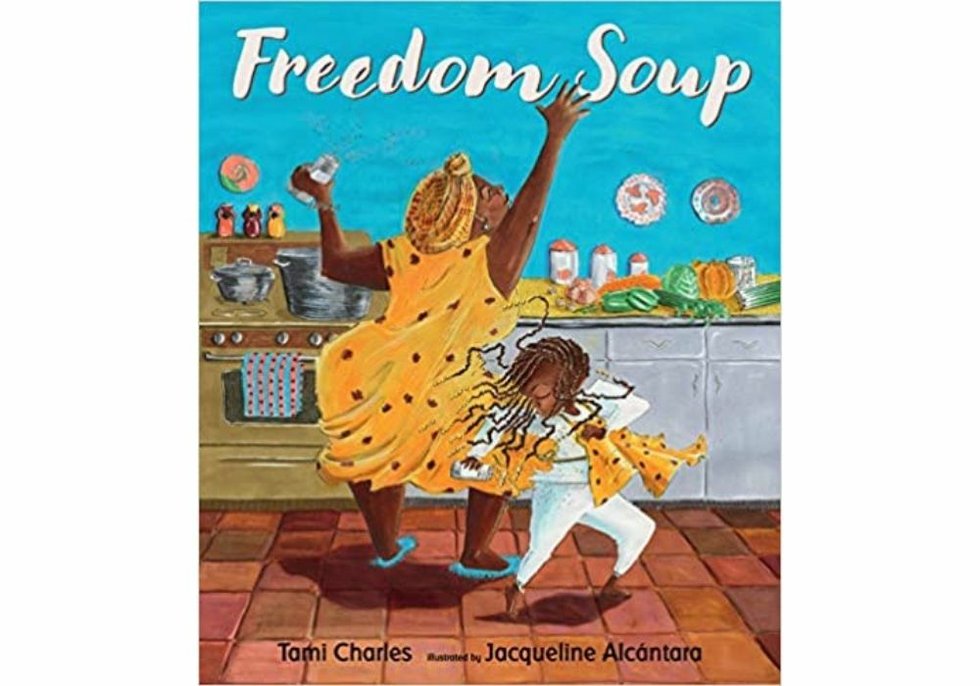 Cooking food to celebrate Hatian Independence is a celebration for the family of Belle, who helps Ti Gran cook “Freedom Soup.” Tami Charles writes in her author’s note: “As parents, it’s important for my husband and me to carry on on this tradition with our son, Christopher. Every New Year’s Day, I make Freedom Soup with my son while teaching him a bit of history about the island that his father’s people come from.” 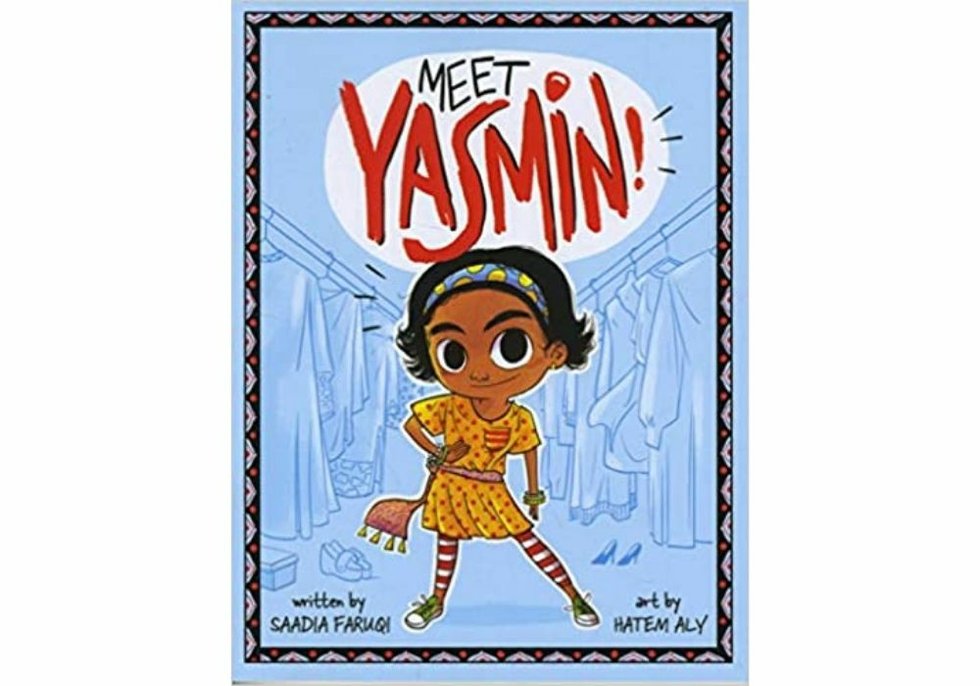 Yasmin is the star of her own multi-book series for young readers. She is a second-grader and part of a multi-generational Pakistani American family, not unlike author Saadia Faruqi, who lives in Texas with her family. Kids will learn words in Urdu, enjoy the chapter pace and be introduced to Yasmin’s Muslim traditions. 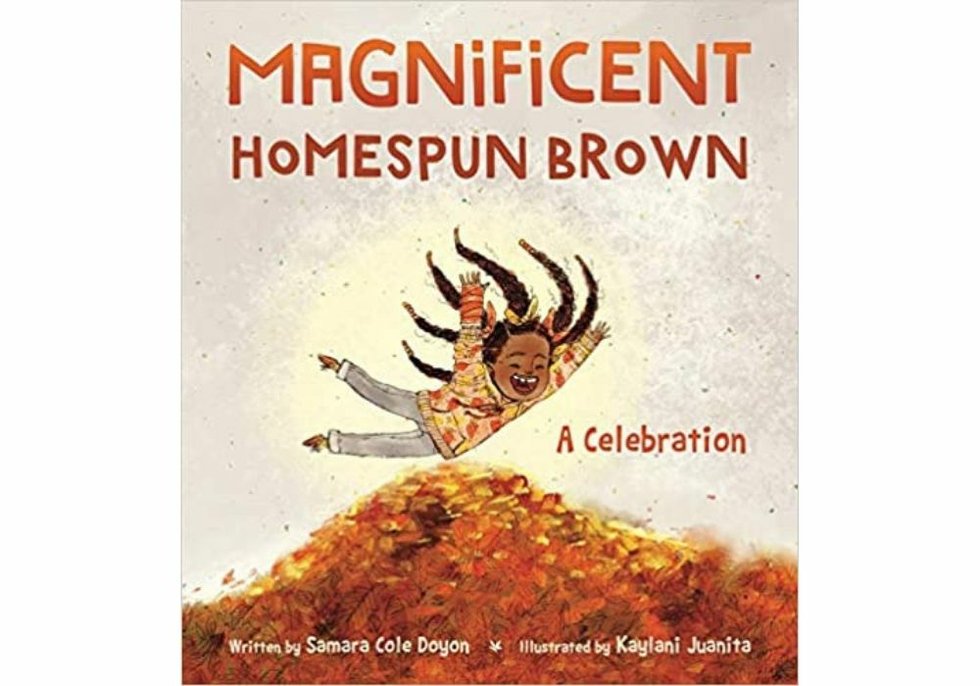 Second-generation Hatian American Samara Cole Doyon writes a tale about celebrating heritage and feeling comfortable in our own skin.

The Scrumptious Life of Azaleah Lane, by Nikki Shannon Smith 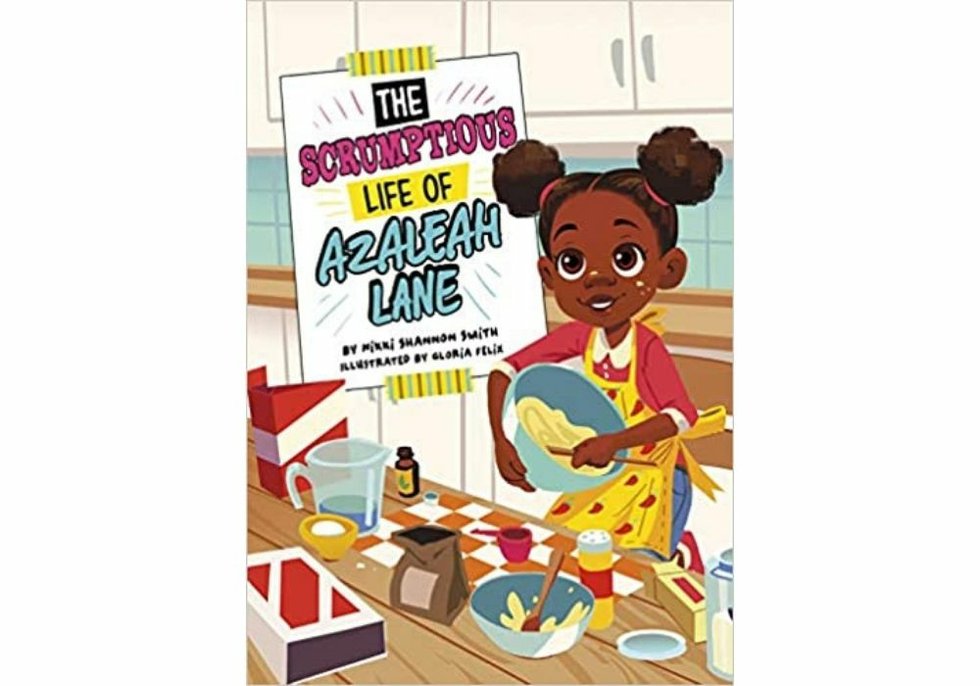 The Azaleah Lane series follows the life of Azaleah, the middle sister of three girls who live with their parents in Washington D.C. (in a house painted white that she calls her “White House”). Azalea’s author, Nikki Shannon Smith, has worked in education for 25 years and written books for children and young adults. 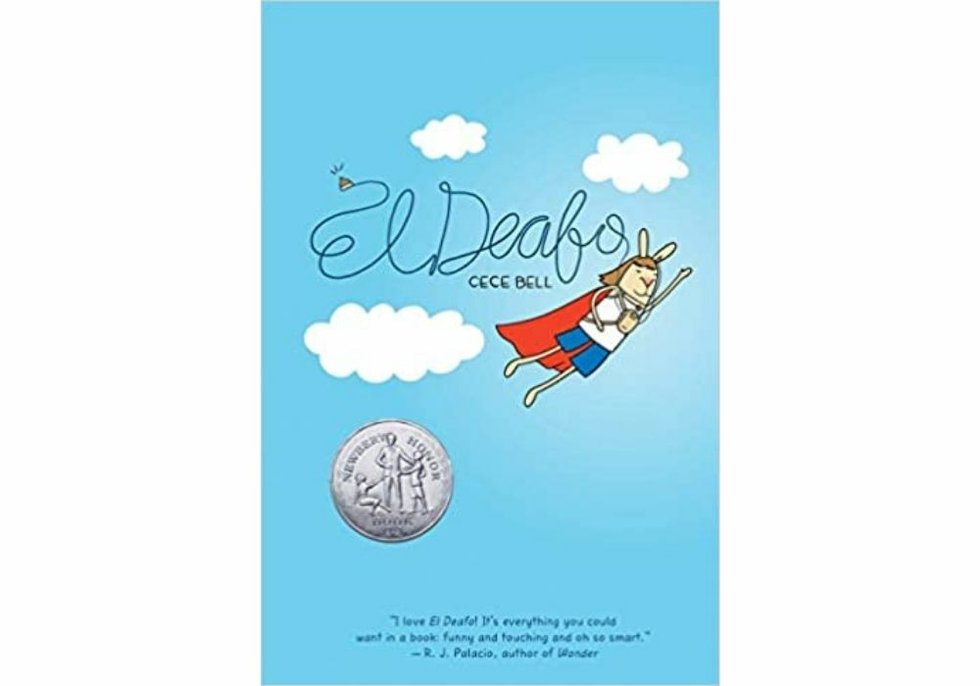 El Deafo was a superhero name that author Cece Bell gave to herself after she lost her hearing following an illness as a child. The author/illustrator penned this graphic novel for kids to better understand Deaf Culture and the community.

The First Rule of Punk, by Celia C. Pérez 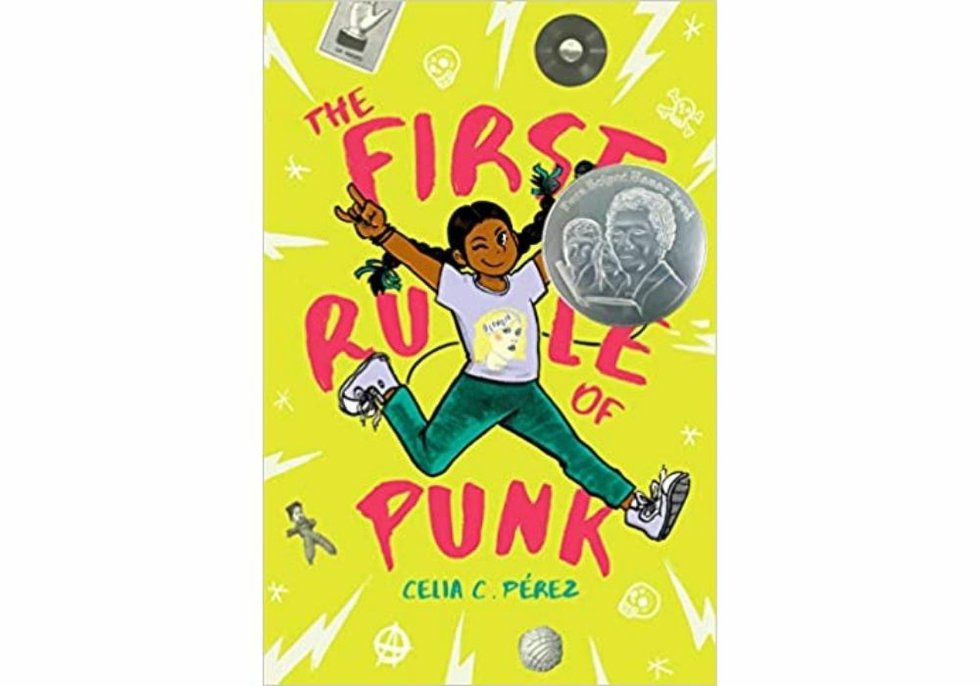 Malu, a 12-year-old whose given name is Maria Luisa, loves skateboards, rock music and ‘zines. But when her outfit on the first day of school is criticized by the most popular girl in school, she has to remember the first rule of punk — be yourself. Celia C. Pérez lives in Chicago and grew up in Miami, Fla.

Patron Saints of Nothing, by Randy Ribay 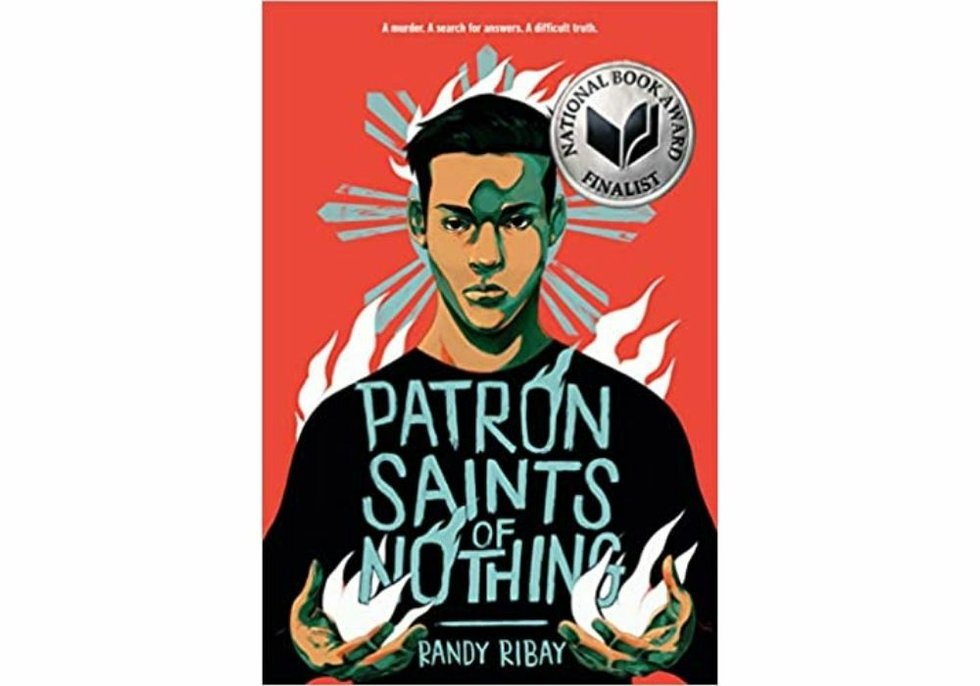 Jay Reguero is a Filipino-American student who is ready to head to the University of Michigan in the fall when he learns of the death of his cousin in the Philippines. The coming-of-age novel was written by Randy Ribay, who was born in the Philippines and grew up in the U.S.

Count Me In, by Varsha Bajaj 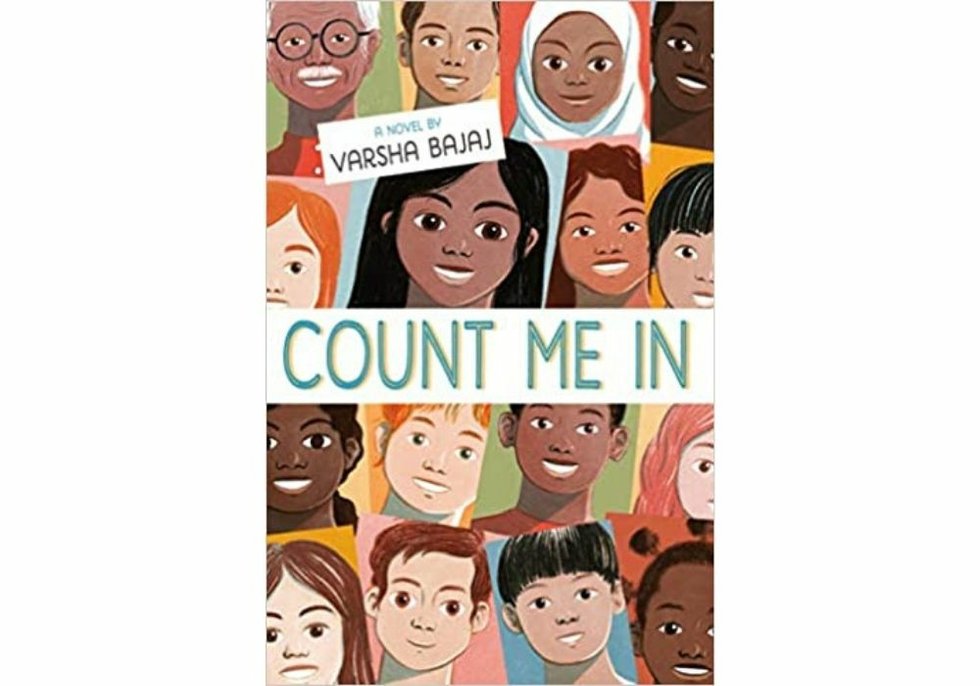 Karina Chopra, her grandfather and the boy next door, Chris, are the victims of hate crime. When the Indian-American girl takes to social media, her posts become viral. Tweens can discover community and the impact of social media as they read the book by Varsha Bajaj, who grew up in Mumbai, India. 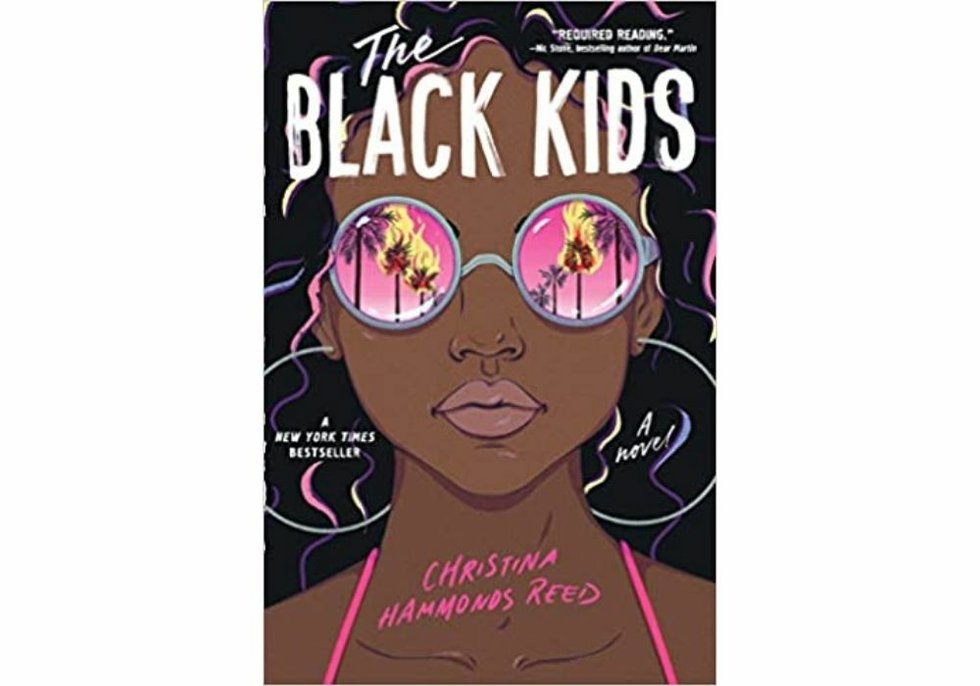 Best for ages: 14 years and older

Ashley Bennett and her friends are looking forward to the end of their senior year, when their simple life in Los Angeles in 1992 is thrown into a tornado after a man named Rodney King is beaten by the police. That’s when Ashley becomes one of the “Black Kids.” Author Christina Hammonds Reed grew up in the Los Angeles area and this, her first novel, debuted Aug. 4, 2020.

The Bluest Eye, by Toni Morrison 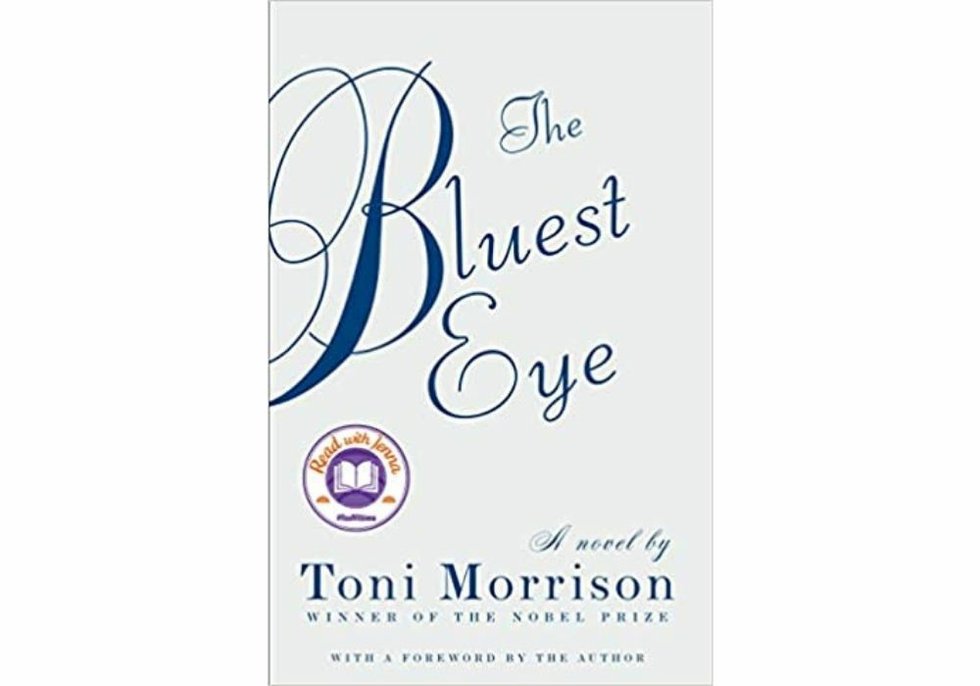 Best for ages: 14 years and older

The story of an 11-year-old Pecola Breedlove and her desire that if her eyes would just turn blue her whole world would change was the first novel of Toni Morrison. Required reading in some schools, the book has been triumphed for its unflinching, poetic descriptions of racism.