16 Feminist Books You Can Read with Kids

From books with big pictures to books with big words, there’s no question that all of the stories are big. And as we recently celebrated Kamala Harris as the first female U.S. Vice President, our kids are constantly inspired by amazing leaders during Women’s History Month and beyond.

We gathered up a list of amazing feminist books for kids to encourage our young girls to be the best they can be. From Ruth Bader Ginsburg to Katherine Johnson and Jane Austen, celebrate inspirational women in history with these empowering books.

A is for Awesome, by Eva Chen 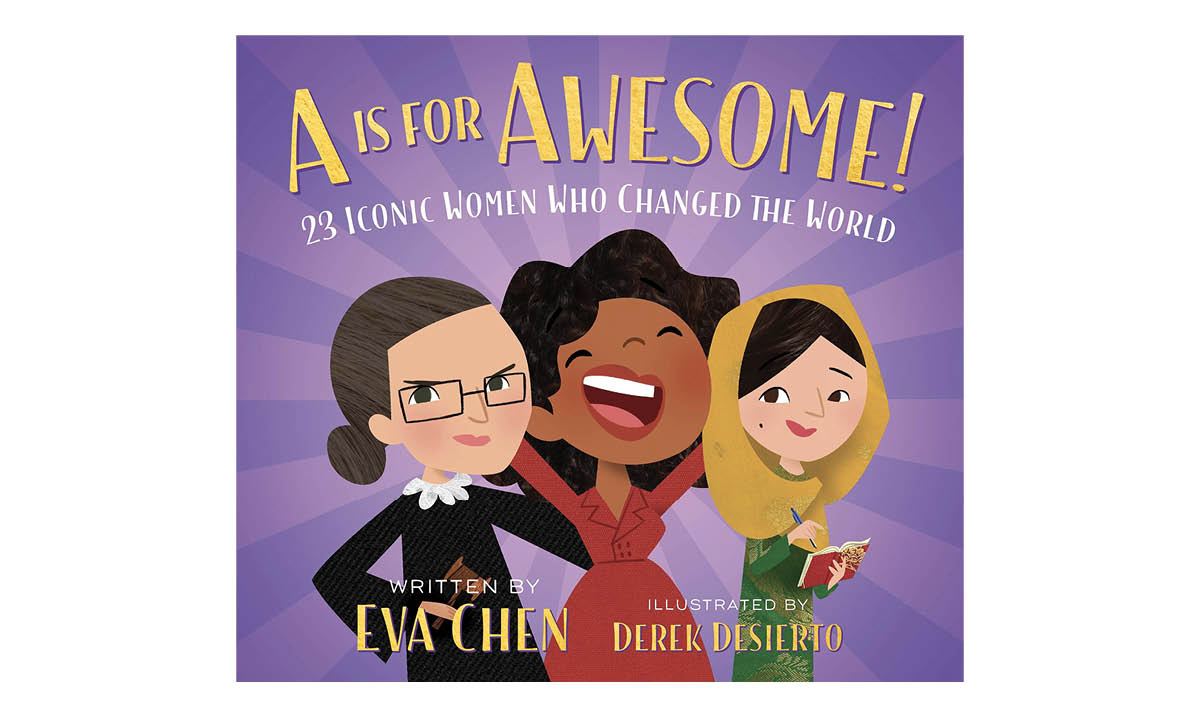 This board book teaches kids their A-B-Cs using historical women’s figures (A for Amelia, B for Beyonce and C for Coco) and their stories to teach and delight. A mix of mediums – cute illustrations by Derek Desierto and photos of things like hair and textiles – is a treat for the eye. 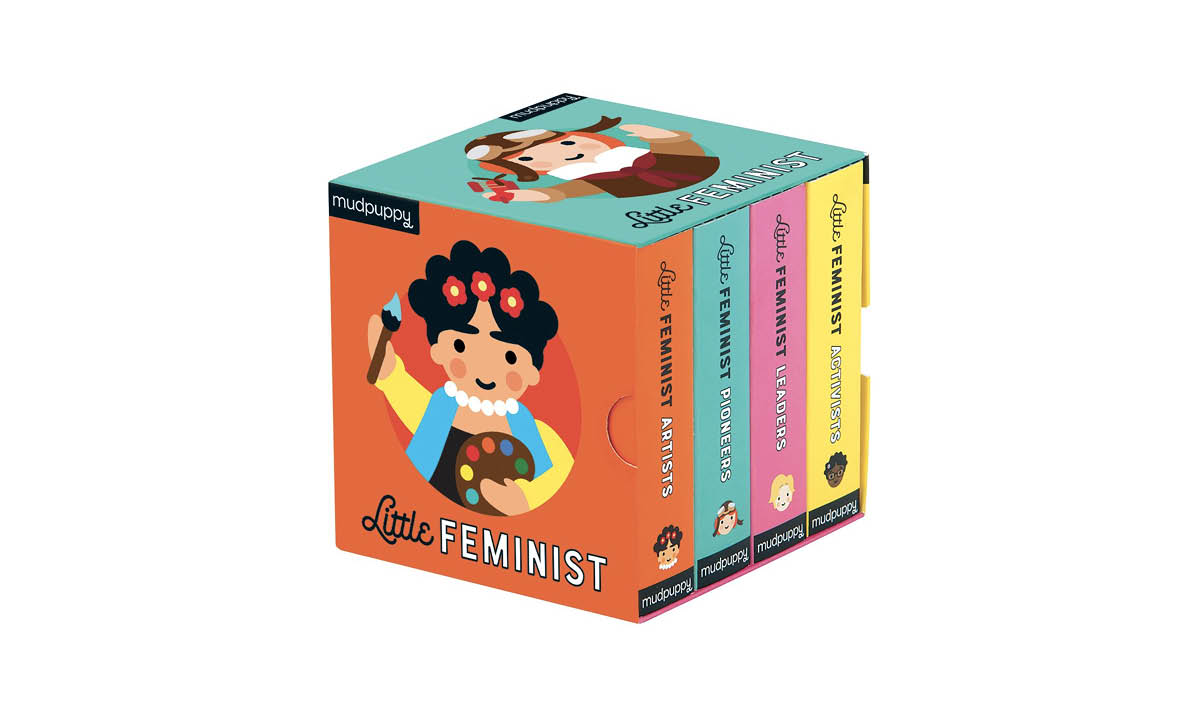 The set includes artists, leaders, activists and pioneers. From Rosa Parks and Sally Ride to Cleopatra, each historical figure is introduced with an engaging, kid-friendly portrait and one-sentence summary of her life and mission. This is a perfect baby shower gift or even first birthday present for little feminists. 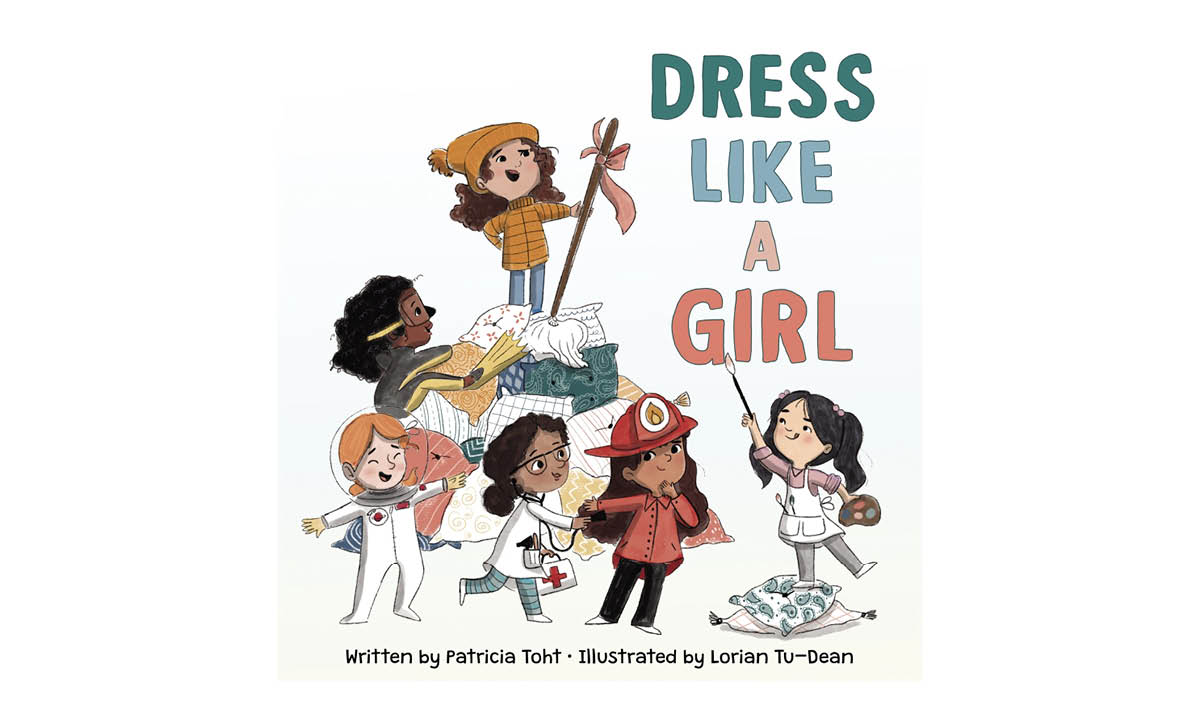 Encourage girls to dress their best — be it in a white astronaut suit or police uniform — is the mantra of the quirky book that rhymes. Using a cadence that pairs grace with space and girl with world, kids will enjoy both the verse and the friendly, familiar illustrations by Lorian Tu-Dean. 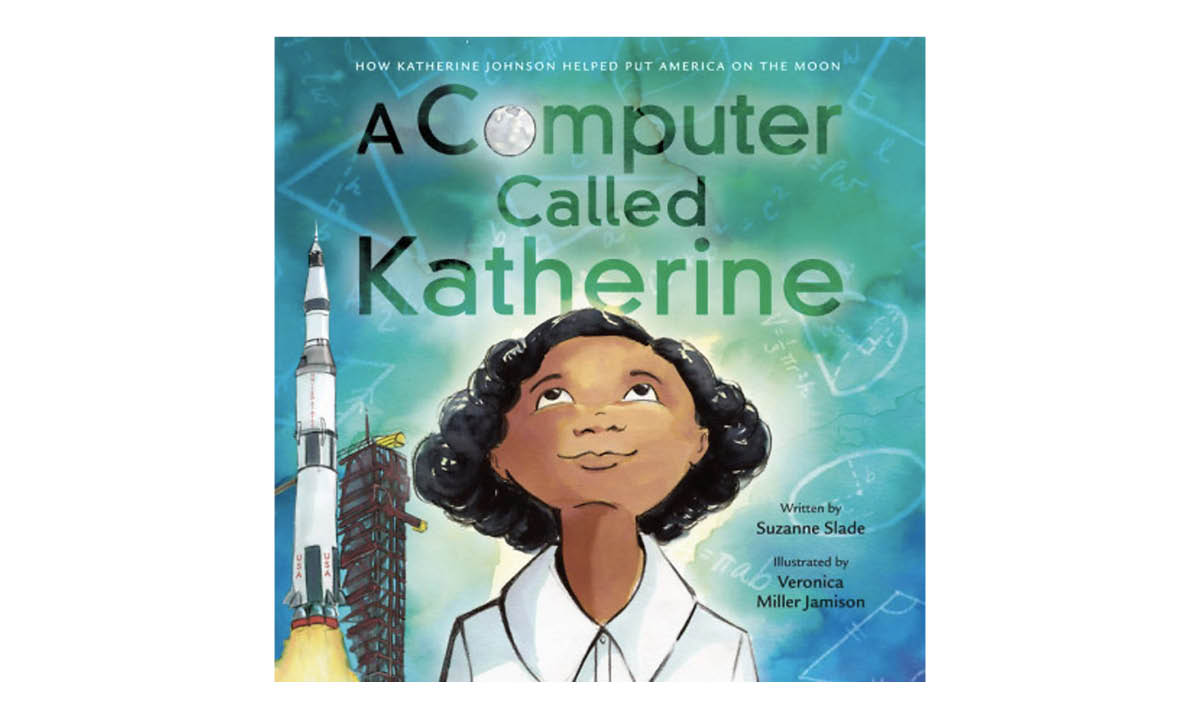 For kids still too young to know the movie, Hidden Figures, this book tells the story of Katherine Johnson, a mathematician at NASA. Johnson computed the figures that sent John Glenn into space, and turns 100 later this year. The story includes math problems that kids in first and second grade will know and understand. 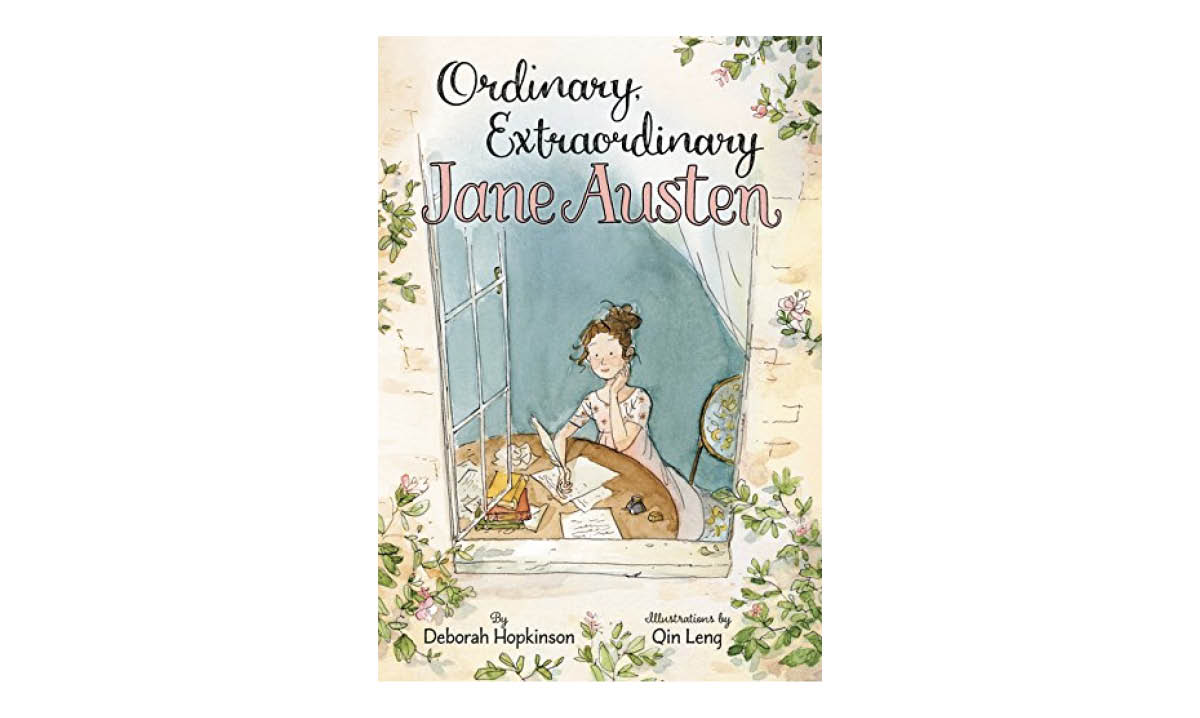 Jane Austen isn’t always seen as a feminist icon, but this charming picture book makes its case for why she should be. The book examines Jane’s life as one of two girls growing up in a house full of boys, how she invented a whole new genre of fiction in a world obsessed with gothic tropes, and the way she persisted in her writing despite rejection. Little bookworms and shy girls alike are sure to identify with her unique brand of feminism. 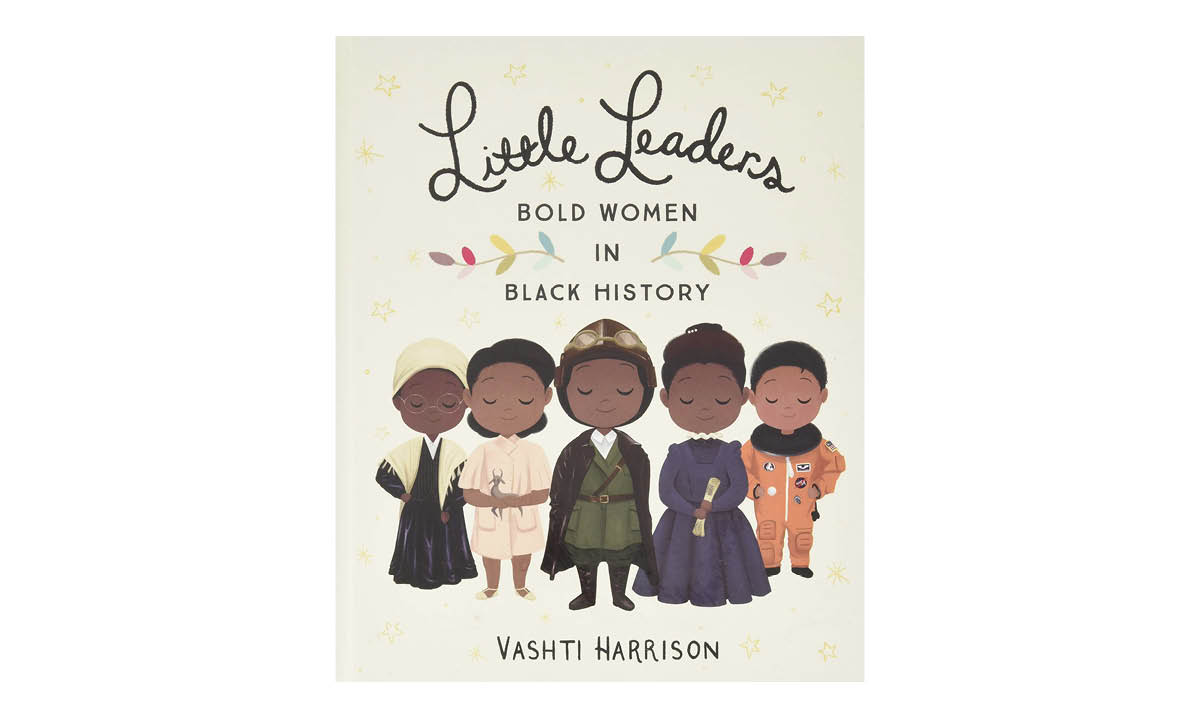 This beautifully illustrated book tells the stories of 40 “bold women in black history,” from well-known figures like Harriet Tubman and Rosa Parks to ground breakers like Josephine Baker, Florence Joyner and Maya Angelou. Keep an eye for some fun Chicago connections – Gwendolyn Brooks, Oprah Winfrey and Bessie Coleman are all profiled. The entire collection of Little Leaders and Little Dreamers series is a treat for little readers.

She Persisted: 13 American Women Who Changed the World, by Chelsea Clinton 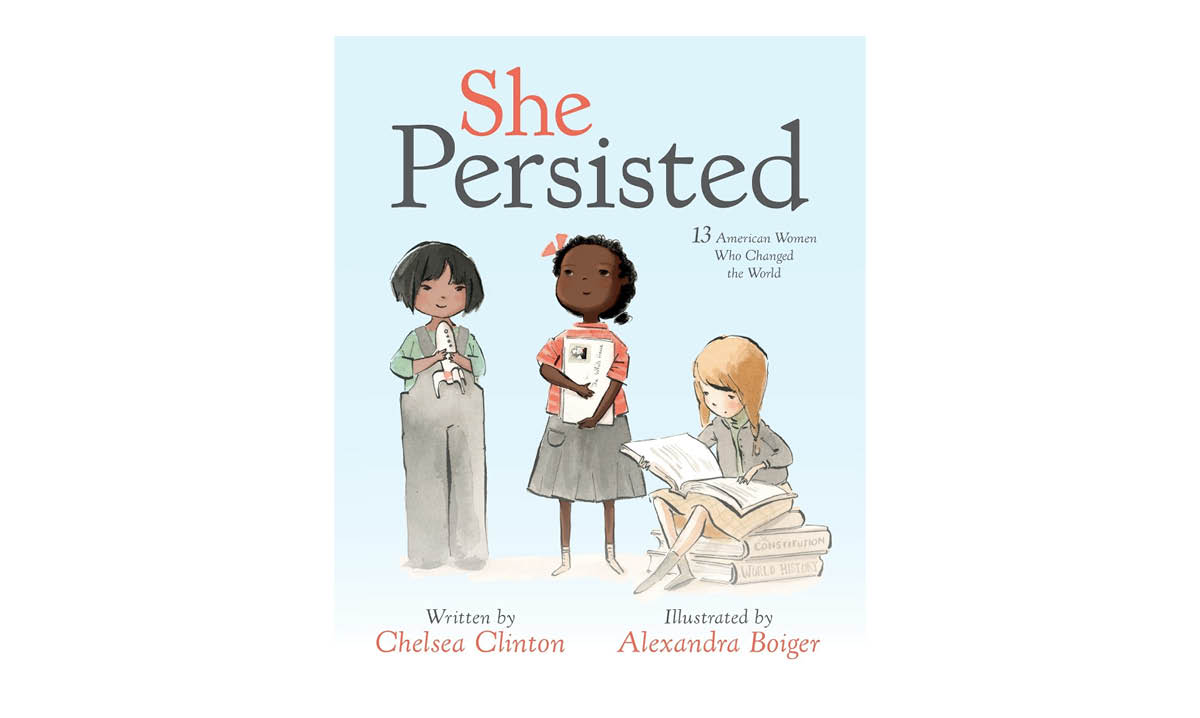 This picture book profiles 13 American women who persevered in the face of adversity. Some, like Helen Keller, Ruby Bridges and Sally Ride, are familiar figures; but others, such as labor activist Clara Lemlich and obstetrician Virginia Apgar, might be new names and stories even for the grownups reading them out loud. A sequel, She Persisted Around the World, includes 13 more women whose names might not make American history books, but whose stories of overcoming obstacles made changes in science, politics and education. 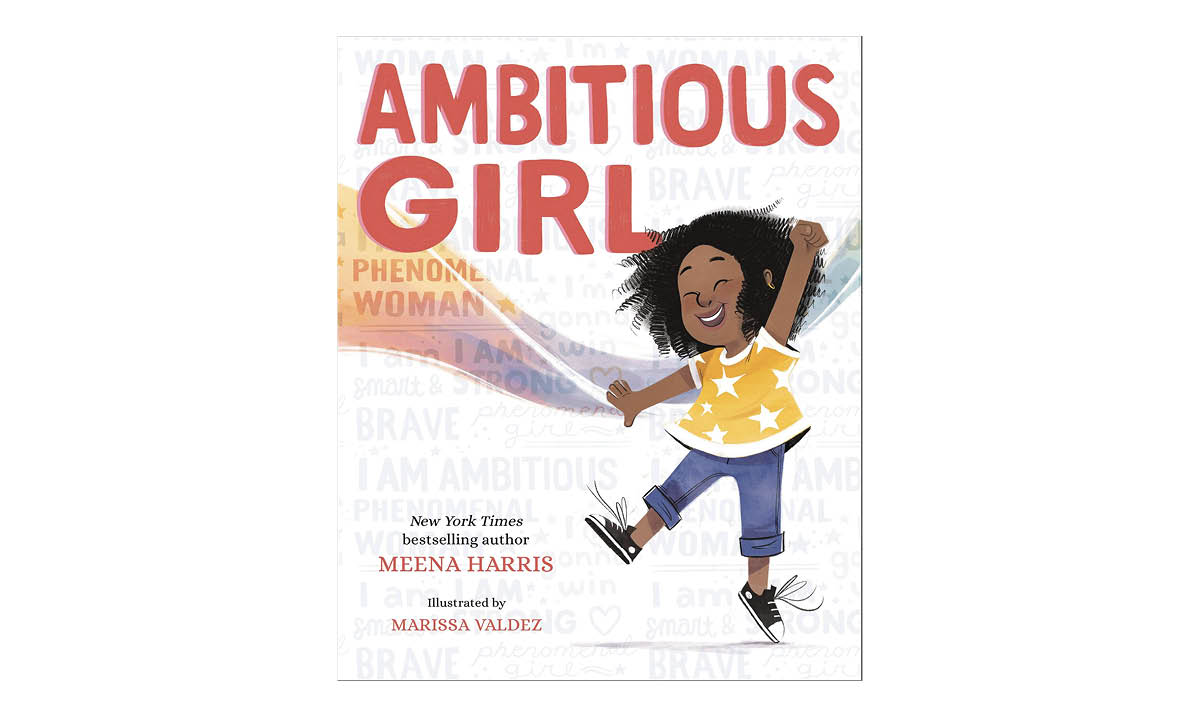 Meena Harris, niece of Vice President Kamala Harris, encourages girls to reach for their dreams in her newest children’s book. A young girl sees a strong woman on television where she’s labeled as “too ambitious,” “too loud” and “too confident.” Instead, the girl learns that women and girls should push through the labels and be who they are. 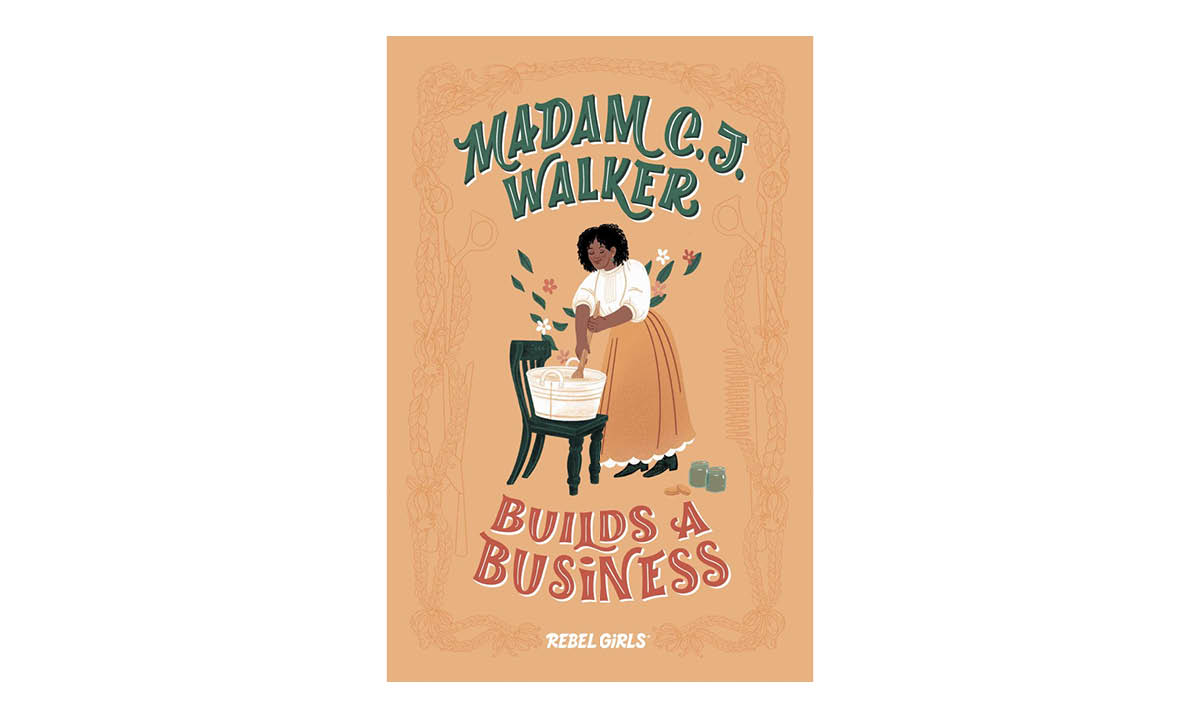 From the Rebel Girls Imprint, the media company behind Goodnight Stories for Rebel Girls (Vols. 1 & 2), comes chapter books for young readers. Starting with Madam C.J. Walker and Ada Lovelace, kids will learn the deep backgrounds behind some of history’s iconic women. Learning how they started helps kids see that their background might not be so different. Activities at the back of the book make these great to spark inspiration in girls and boys.

I Dissent, by Debbie Levy 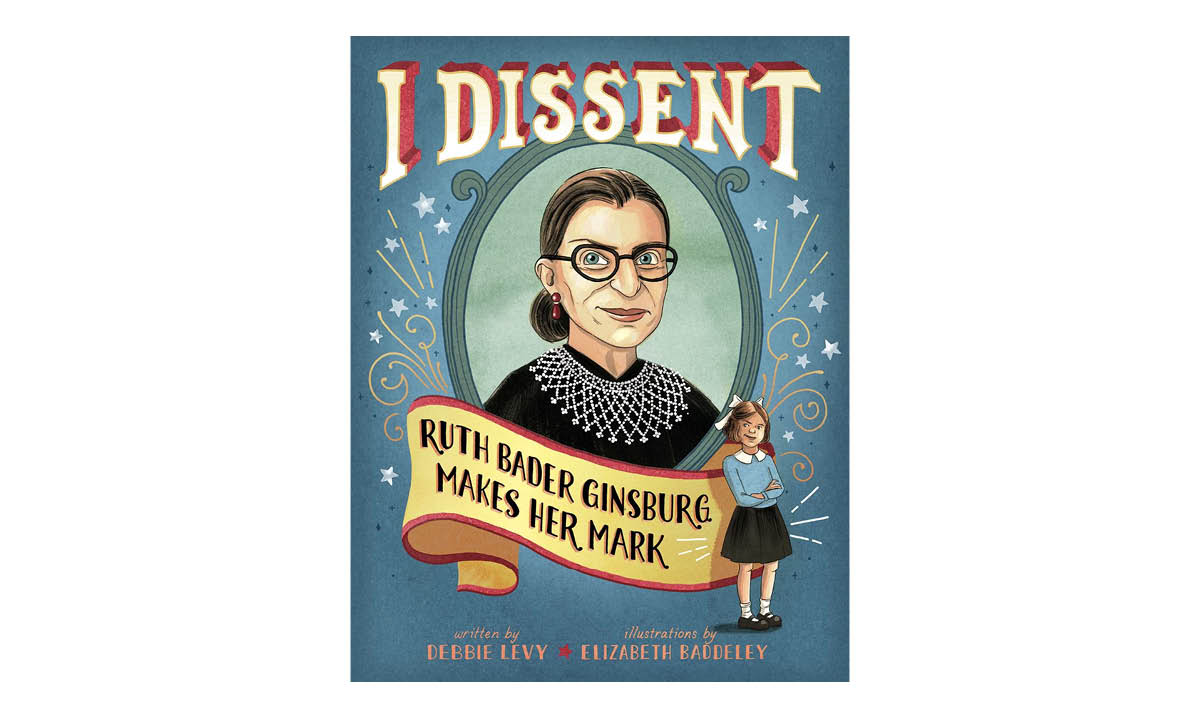 Learn all about late Supreme Court Justice Ruth Bader Ginsburg in this picture book covering her story. Kids will learn how she grew up in a different time on how girls were raised to be wives and mothers, not college students and lawyers. 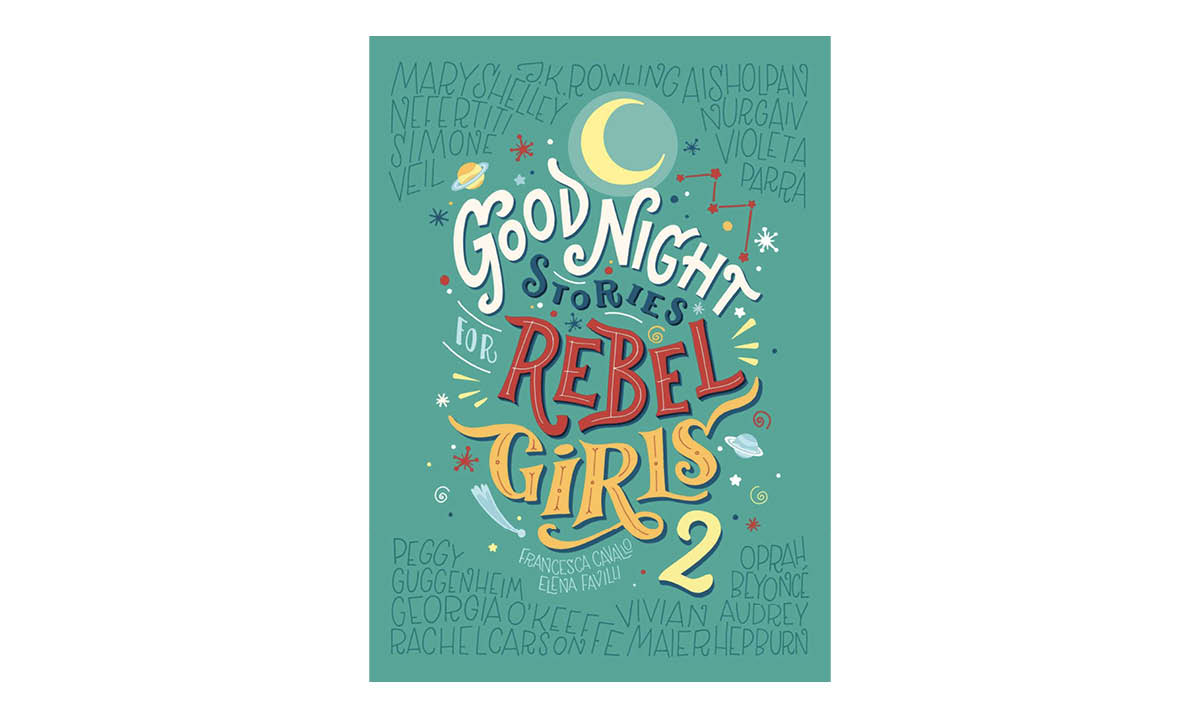 This sequel to the New York Times bestseller Goodnight Stories for Rebel Girls includes 100 new stories of awesome women, including the computer scientists featured in the movie Hidden Figures, German chancellor Angela Merkel, and the queen herself, Beyonce. Like in the first volume, these heroines aren’t perfect, but they empower future lady leaders to find their own strengths and build on them. 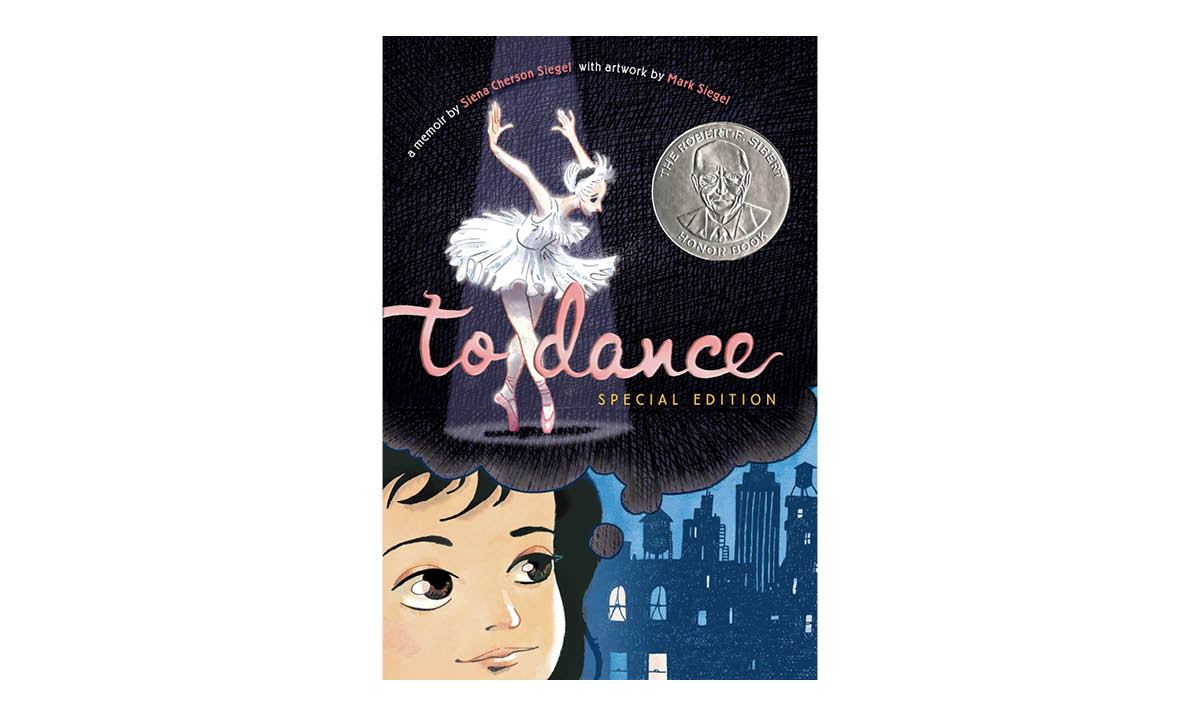 Kids who gravitate toward graphic novels will love the memoir of Siena Cherson Siegel, whose ballet dreams started in her home in Puerto Rico and landed her on stage with the New York City Ballet. The book is a Robert F. Siebert Honor Book.

The A-Z of Wonder Women, by Yvonne Lin 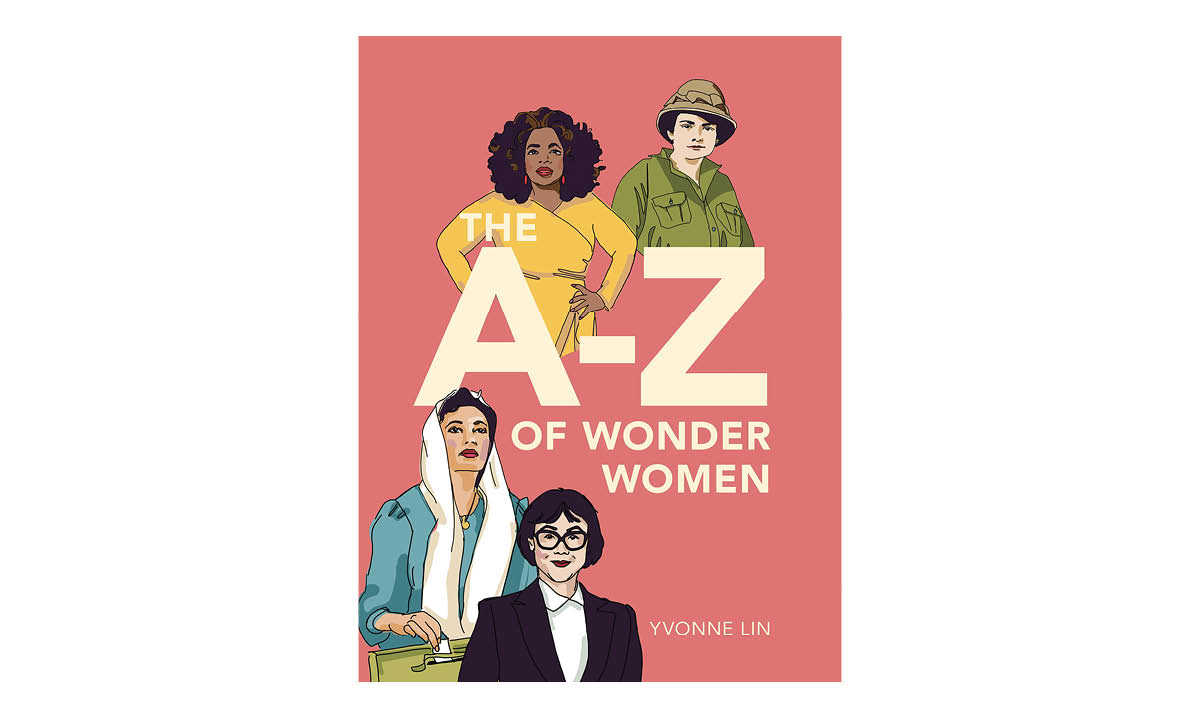 A is for Ada Lovelace and Z is for Zaha Hadid as this book takes readers on an alphabet tour through women’s history. Along the way, they’ll meet T for comedian Tina Fey, G for pirate queen Grace O’Malley and P for politician Patsy T. Mink. 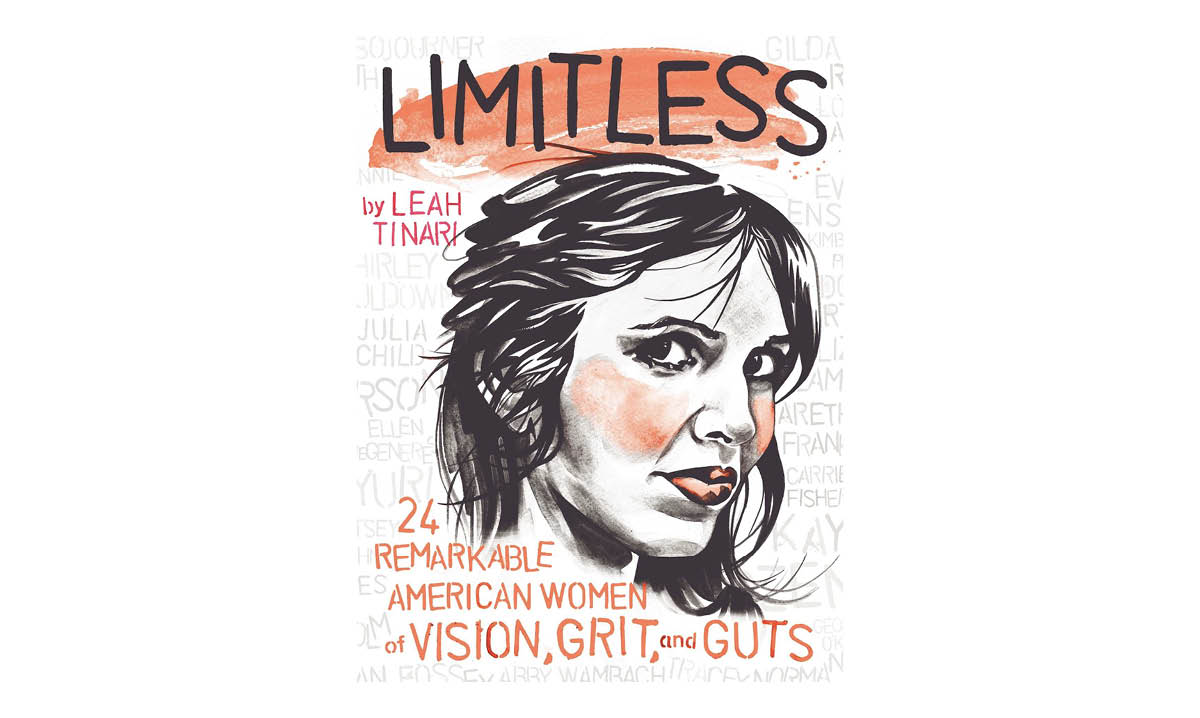 The history of women trailblazers is told through their own quotes and portraits by author Leah Tinari, who highlights each with a sparkle of neon color. The portraits contain the words that help define each American woman, words like: vegetarian, abolitionist, muse, musician, philanthropist, punk, princess and director.

Roses and Radicals: The Epic Story of How American Women Won the Right to Vote, by Susan Zimet 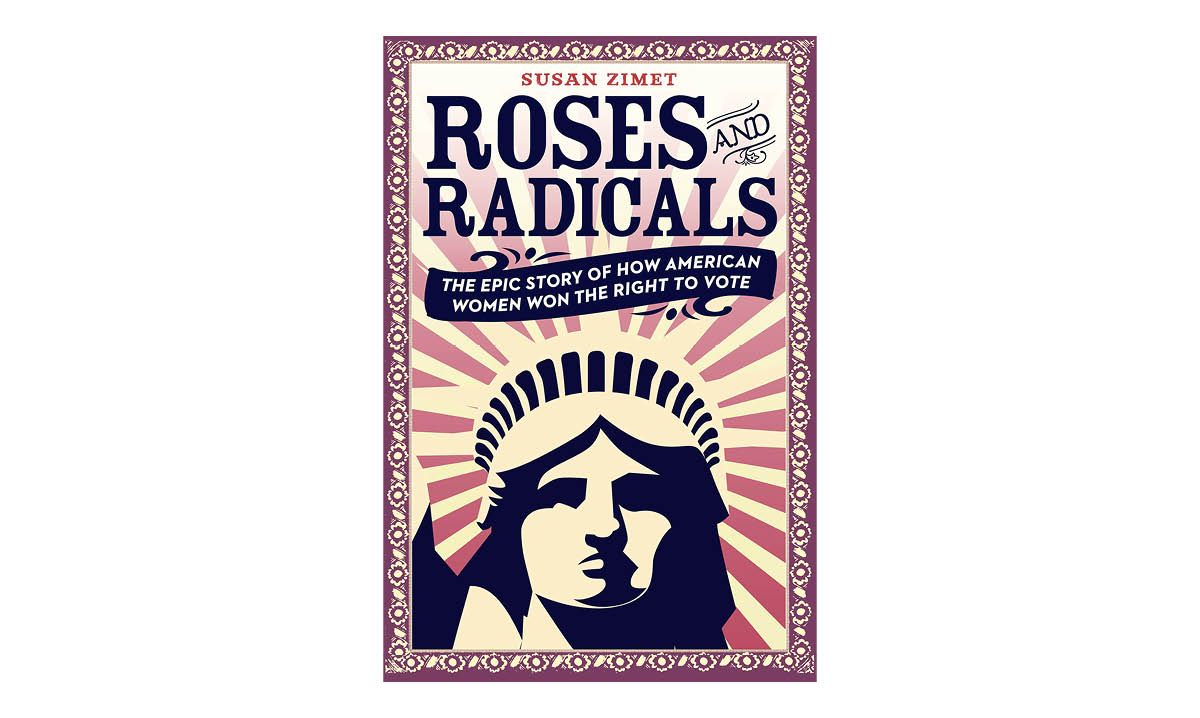 The fight for women’s suffrage is on display this year as the ratification of the 19th Amendment reaches its 100th birthday. This book explains the suffragist movement, telling the stories of women who fought on the front lines with sections called “Know Your Radicals.” And if you thought Hillary Clinton was the first woman to run for president, think again; Victoria Woodhull has her beat by more than a hundred years (she ran for president in 1872!).

Here We Are: Feminism for the Real World, edited by Kelly Jensen 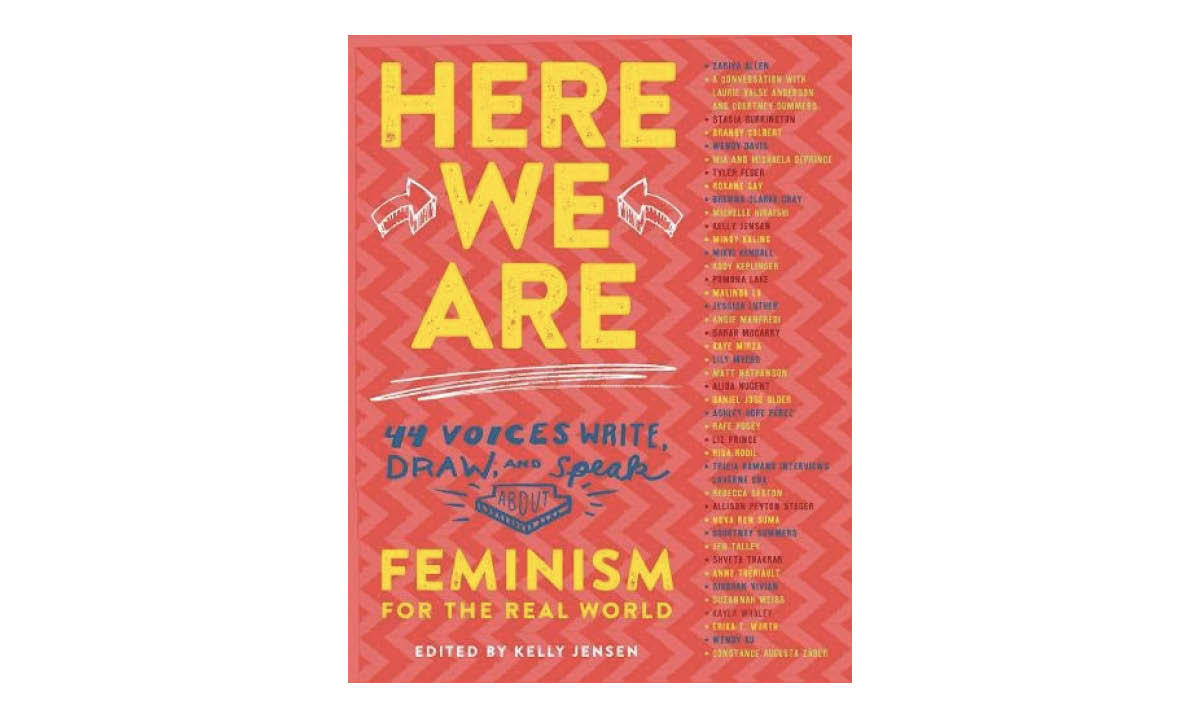 This book is written for teens, helpfully addressing the “What now?” question suggested by some of the other titles in this list. Forty-four writers, actors and artists contribute essays, poems and illustrations, touching on things like female friendship in fiction, male privilege and what feminism in the 21st century really means. The hip illustrations and journal-style entries make this a welcome presence on any teen’s bookshelf and encourage them to “get the feminist party started.”

This story originally published on March 2, 2018 on ChicagoParent.com. It has been updated with the most recent information.

How to Get Your Kids to Practice Music

We get tips from musicians on the best ways to get your kids to practice.
Read more
You

One mom shares on how she really feels about her so-called 'geriatric pregnancy.'
Read more
Guides